Incidents of firing were reported from Ater constituency. 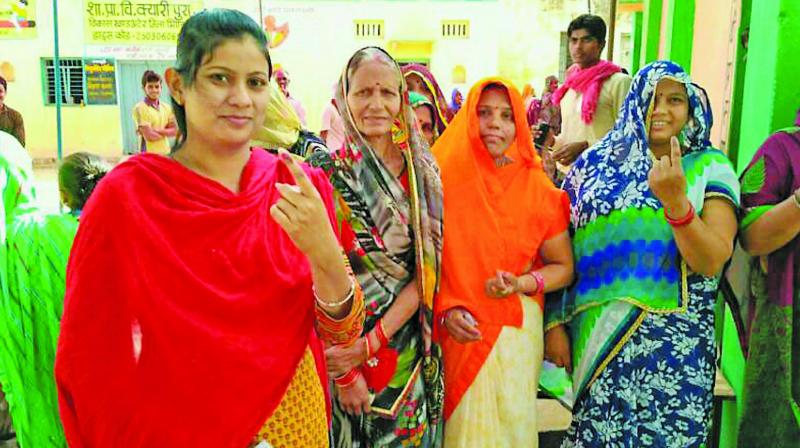 Bhopal: Byelections to two Assembly constituencies in Madhya Pradesh held on Sunday were marred by clashes between rival political workers and trading of allegations and counter-allegations of booth capturing by Opposition Congress and ruling BJP in the state.

However, both the bypolls witnessed an impressive voter turnout with Ater Assembly constituency — that came into news recently for an alleged malfunctioning of a voter verifying paper audit trails (VVPAT) machine during an official media demonstration — and the Bandhavgarh Assembly seat each recording a little over 60 per polling. While polling in Bandhavgarh was held peacefully, incidents of clashes between workers of the Congress and BJP, and alleged firing were reported at several places in Ater.

Congress candidate for the Ater seat, Hemant Katare, alleged that BJP workers attacked his vehicle and pelted stones at him. He also accused the ruling party workers of attempting to capture booths at some places.

BJP spokesman, on the other hand, accused the Congress of rigging polls in some booths and demanded re-polling in at least two-dozen booths in Ater. Reports of alleged firing by some unidentified people at Sakir in the constituency were also reported.

State chief electoral officer Saleena Singh admitted that there were attempts of malpractices and that no booth was captured. In Bandhavgarh, six EVMs were replaced with fresh machines, as they were found non-functional. Six cops deployed in the constituency have been placed under suspension for the dereliction of duty. While the Ater seat is currently held by Congress, Bandhavgarh is presently with the BJP.