It not party's opinion: Congress on Pitroda's 1984 anti-Sikh riots comment

'We advise all leaders to be careful and sensitive', the party added in its statement. 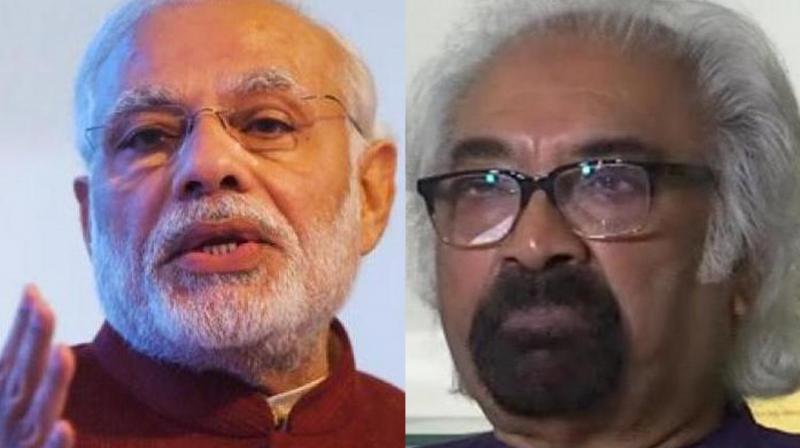 Prime Minister Narendra Modi, Friday in an election rally in Haryana used the comment to slam the Congress party and called it egregious display of arrogance by the Congress. (Photo: File)

New Delhi: After finding it in trouble, following the comment of the 1984 anti-Sikh riots by its tall leader Sam Pitroda, Congress on Friday distanced itself from the remark

''Any opinion made by any individual is not the opinion of Congress'', a statement released by the party read.

''We advise all leaders to be careful and sensitive. Justice has to be done for 1984 as well as the 2002 riots," the party added in its statement.

Congress party issues statement over Sam Pitroda's remark on 1984 anti-Sikh riots. States, '...We continue to support the quest for justice for 1984 riot victims. Any opinion remark made by any individual to the contrary including Sam Pitroda is not the opinion of Congress party' pic.twitter.com/Yd1rxfYCYe

On Thursday, Sam Pitroda, the overseas Congress chief said told news agency ANI, "I don't think so, this is also another lie, and what about 1984? Ab kya hai 1984 ka? Aapne

Prime Minister Narendra Modi, Friday in an election rally in Haryana used the comment to slam the Congress party and called it egregious display of arrogance by the Congress.

"Congress, which ruled for a long time, has been insensitive and that is reflected by the three words spoken yesterday...these words have not been spoken just like that, these words are character and mentality and intentions of the Congress. And which were these words, these were 'hua to hua'," PM Modi said.

The BJP also asked the police to file an FIR against Sam Pitroda.