RJD meet on Tejaswi Yadav a drama, all decisions taken by Lalu: BJP

Bihar BJP state chief also said that the CM's silence on the issue proves there are issues between the two parties. 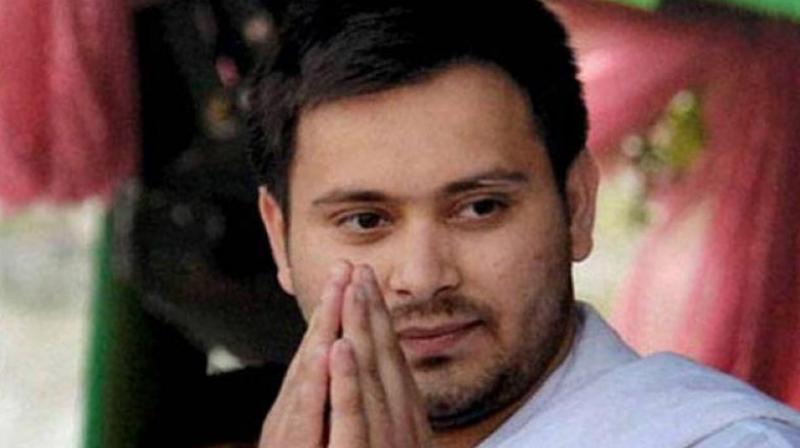 The party said that Tejaswi Yadav has been a good leader and will always remain one. (Photo: PTI)

Questioning Chief Minister Nitish Kumar's silence on the entire episode, Bihar BJP state chief Nityanand Rai said the RJD's decision on Tejaswi Yadav shows that they don't care about the state and that they are only bothered about the stability of the government.

"This meeting was totally a drama staged by RJD. All decisions were taken by Lalu Yadav ji. They took the decision that Tejaswi will not resign, it shows that they took the rights of poor and took all the money and made property worth crores of rupees. Why Nitish ji is silent, shows that there are problems between the two parties," said Rai.

It was announced that no discussion took place regarding Tejaswi's resignation. In fact, his work was appreciated.

"Tejaswi Yadav has been a good leader and will always remain one," the party said.

Targetting the Bharatiya Janata Party (BJP), the RJD said, "There has been an attempt to fade us, but it will not happen. We will emerge like we have always in the past as well."

It also categorically said there were no differences between Bihar Chief Minister Nitish Kumar and RJD supremo Lalu Prasad Yadav. The party said the former had called the latter on Sunday and had asked about his well-being.

"There is a conspiracy to break the grand alliance, but the state government is very much in place and stable," it said.

On Friday, the CBI had registered a corruption case against Lalu Yadav, his wife Rabri Devi, son Tejaswi Yadav, former Indian Railway Catering and Tourism Corporation (IRCTC) Managing Director P K Goyal; and the wife of Lalu's confidante Prem Chand Gupta, Sujata on allegations of awarding the tender for development, maintenance and operation of hotels in Ranchi and Puri in 2006.

The case was registered on the allegations of awarding the tender for development, maintenance and operation of Hotels at Ranchi and Puri to a Private Company dealing with Hotels in the year 2006.The investigative agency also conducted searches at 12 locations across Patna, Delhi, Gurugram and other places.

The RJD supremo, however, refuted the allegations against him and called it a political conspiracy hatched by the BJP.