In June, he had stepped down from the post of the party’s national vice president over Tejashwi’s decision to induct his rival Rama Singh 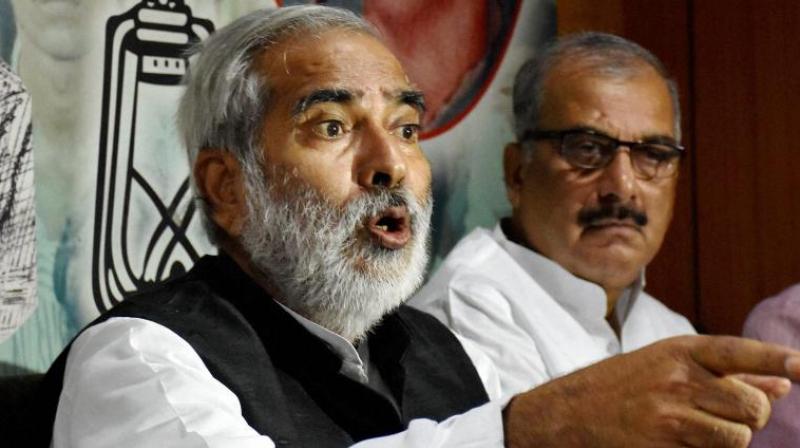 In a handwritten letter to RJD Chief Lalu Yadav, he announced his resignation and sought “forgiveness” for quitting the party. He is currently admitted to an Intensive Care Unit of the All India Institute of Medical Sciences (AIIMS), Delhi where he has been undergoing treatment for a suspected case of pneumonia.

In June, he had stepped down from the post of the party’s national vice president over Tejashwi Yadav’s decision to induct his rival Rama Singh into the RJD.

The matter was later put on hold after Lalu Yadav intervened and also persuaded Raghuvansh Prasad Singh to reconsider his decision. Sources claim that he was upset after Tej Pratap later criticized him for opposing the party’s decision to induct don-turned-politician and former LJP MP Rama Singh into the RJD.

In a handwritten note sent to Lalu Yadav on Thursday Raghuvansh Prasad Singh wrote, “After the demise of Karpuri Thakur, I stood behind you for 32 years. But that won’t be possible anymore”. He further thanked RJD workers for extending support and also apologized for quitting the party.

Being an election season, the move is being seen as a major setback for the RJD leadership, especially Tejashwi Yadav who has been trying to strengthen the party and its voter’s base in Bihar.

Both Raghuvansh Prasad Singh and Rama Singh, Rajput by caste are considered influential upper caste leaders in Vaishali region. According to sources, Tejashwi Yadav has been keen on inducting Rama Singh in the party to strengthen his upper-caste base in Raghopur Assembly constituency from where he had contested and won in 2015.

Political analysts, however, claim that Raghuvansh Prasad Singh quitting the RJD ahead of Assembly polls may impact the party’s tally in Vaishali and adjoining areas as he is considered “a poor man’s leader” in Bihar.

Hindustani Awam Morcha which recently walked out of the RJD-led the grand alliance on Thursday welcomed Raghuvansh Prasad Singh’s decision and said, "He is a respected leader in Bihar and our my view, he has taken a wise decision by resigning from the party. We also urge other senior leaders to quit the RJD and join hands with Nitish Kumar for the future of Bihar."