Laws made on this subject in other states are also being studied, Minister added 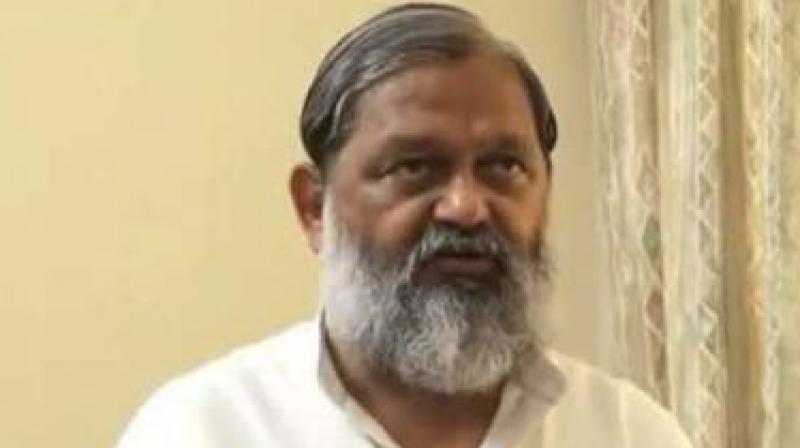 The announcement on religious conversion had come days after the Uttar Pradesh government cleared a draft ordinance against conversion through force or fraudulent means (Image source: PTI)

Chandigarh: Haryana wants to bring a law as soon as possible against religious conversion through force or fraudulent means, Home Minister Anil Vij said on Thursday as he directed officers to prepare a draft of an anti-conversion law.

Presiding over a meeting of a "drafting committee", the home minister said the "enactment of this law will prevent any attempt to get religious conversion by force, inducement, bluff of marriage or by any other unethical methods by anyone in the state".

"Strict action will be taken against the culprits," he said in an official statement.

During the meeting, all aspects of the preliminary draft brought by the committee were carefully considered, it said.

Laws made on this subject in other states are also being studied, Vij added.

In November last year, Vij had announced the setting up of a three-member committee to draft a law against "love jihad", a term used by BJP leaders to describe religious conversions in the guise of marriage.

The announcement had come days after the Uttar Pradesh government cleared a draft ordinance against conversion through force or fraudulent means.

The home minister had then told the Haryana Assembly that the state government was considering a law against "love jihad" and had sought information from Himachal Pradesh.

The Himachal Pradesh Assembly had passed a bill in 2019 against conversion by force, inducement or through a marriage solemnised for the "sole purpose" of adopting a new religion.

Replying to a calling attention motion in the Haryana Assembly on the murder of a young woman in Ballabhgarh, the home minister had said, "Anyone can marry anyone, anyone can fall in love with anyone. But if there is a conspiracy for changing religion by trapping someone in love, then it is very important to stop that conspiracy. We will take whatever steps are required."