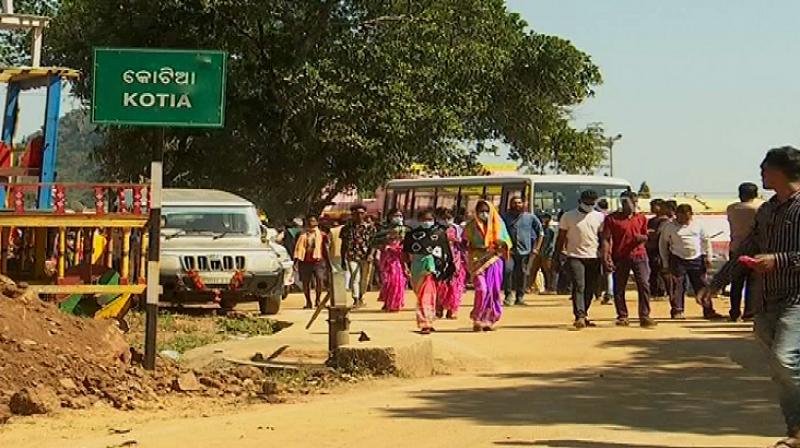 The state government has pointed out that Andhra Pradesh took the unilateral decision on holding panchayat polls even as the border dispute involving Kotia is sub-judice in the Supreme Court since December 1, 1968.

BHUBANESWAR: Bhubaneswar-based social organisation Bharatiya Bikash Parishad on Wednesday filed a public interest litigation (PIL) Odisha High Court seeking direction to the state government to take appropriate measures to safeguard its border with Andhra Pradesh and stop the panchayat elections being conducted by the neighbouring state in the disputed region of Kotia in Koraput district.

The petitioner has made the Odisha home and revenue secretaries and collectors of the three bordering districts – Gajapati, Ganjam and Koaput - parties in the case.

The move came a day after the Odisha government asked the Advocate on Record (AOR) - Sibo Sankar Mishra - to file a writ petition in the Supreme Court against Andhra Pradesh’s announcement for panchayat polls at three villages of Kotia.

Odisha law department, in a letter to Mishra, stated: “You (Mishra) are engaged to file Writ Petition before the Supreme Court challenging the notification of State Election Commission, Andhra Pradesh to hold panchayat election in three villages of Kotia area which are within the territory of Odisha.”

Mishra is the AOR Supreme Court lawyer empanelled by the government of Odisha to appear for cases before the Apex court.

The Odisha revenue and disaster management department has been asked to provide all relevant documents for filing the petition.

The state government has pointed out that Andhra Pradesh took the unilateral decision on holding panchayat polls even as the border dispute involving Kotia is sub-judice in the Supreme Court since December 1, 1968.

The Kotia dispute is a long-pending border issue between Andhra Pradesh and Odisha. Both the states have been claiming sovereign rights over the area, which consist of 27 small tribal hamlets on the border.

Andhra Pradesh has announced to conduct panchayat elections in three of the 27 villages-Talaganjeipadar, Phatuseneri and Phagunaseneri of Kotia on February 13 and 17. The neighbouring state has listed these three villages of Odisha’s Koraput district under Salur Mandal in Vizianagaram.