Assembly polls 2017: What led to BJP's defeat in Punjab, Goa?

While the Congress soared to a landslide win in Punjab, it was ahead of the ruling BJP in Goa with leads for most seats available. 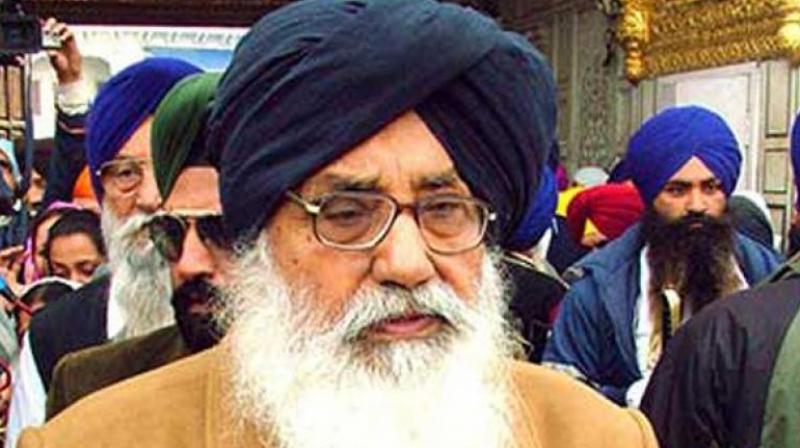 Amritsar/Panaji: The Bharatiya Janata Party (BJP) may have won in a landslide in Uttar Pradesh in the 2017 state elections, but its fortunes in two other states it previously held – Punjab and Goa – have not been so good.

In Punjab, the BJP, in an alliance with the Shiromani Akali Dal (SAD), had won 68 of the 117 Assembly seats in 2012. This time however, the SAD-BJP alliance was relegated to third place, winning just 18 out of the 117 seats and finishing behind Congress and AAP.

In Goa, the BJP had swept to victory in 2012, winning 21 of the 40 seats in the state Assembly. However, this time, it finished second behind the Congress, winning just 13 seats while the grand old party grabbed 17.

The BJP may still succeed in coming to power in the coastal state on the basis of alliance with Independents and the MGP, but its path to power is no longer clear.

The Congress swept to victory in Punjab, seemingly on Captain Amarinder Singh’s strong persona and a promise to wipe out the drug menace from the state. The Aam Aadmi Party (AAP), tipped to win by many pollsters, had to eat humble pie, but still managed to perform better than the ruling SAD-BJP.

The flourishing drug trade, unemployment, farmer suicides and the problem of land mafia seem to be factors which led to a nosedive in the fortunes of the ruling alliance in Punjab.

Secondly, Punjab Congress president Amarinder Singh is believed to have a strong following among farmers in the state, and has held the state unit together even as the party has unravelled on the national stage.

Punjab also has the highest percentage of Scheduled Castes in the country, at around 31 per cent according to the 2011 census. The Dalit vote is likely to have been divided between AAP and Congress, especially given the atrocities on Dalits committed in other parts of the country by ‘Gau Rakshaks’ on the matter of consuming beef. Moreover, the SAD’s core vote bank has historically never included Dalits.

The desecration of the Sikh holy book, the Guru Granth Sahib in November 2015 in Punjab led Opposition parties to claim that the culprits would be brought to book after the 2017 polls. Copies of the Bhagavad Gita and the Quran were also found desecrated on another occasion, all of which led to mass protests in the state which the ruling alliance could not handle effectively.

The SAD-BJP, having been in power for two terms, likely also faced the anti-incumbency factor which led to the government’s demise in Punjab.

However, the ruling alliance has still done better than most pollsters imagined. While most exit polls predicted under 10 seats for the SAD-BJP alliance, it is leading on 18 seats out of 117.

In Goa, the BJP suffered a major setback on Saturday with incumbent Chief Minister Laxmikant Parsekar losing his seat. Parsekar had to face a tough challenge in his constituency of Mandrem from Congress candidate Dayanand Sopte.

Unlike in other parts of the country, the BJP organisation in Goa did not seem to be cohesive, with Parsekar being generally unpopular. There had been demands to bring back Defence Minister Manohar Parrikar as the CM, or at least as the CM face, in Goa prior to the election, but this never materialised. Parrikar himself seemed open to the idea of returning as the Goa CM. “I have lost 4kg in Delhi because of the food. I like Goan food. You can interpret this the way you want,” he said recently during the Goa election campaign, when asked if he will be returning to the state if BJP wins.

However, the BJP, in perhaps a telling move, did not name Parsekar as its CM face for Goa either.

The Maharashtra Gomantak Party (MGP) which was in an alliance with BJP earlier, broke away from it in 2016, further weakening the government’s mandate in Goa. The MGP in fact, put up candidates against the BJP in the state this time. The influence of Dayanand Bandodkar, the state’s first CM, still holds in Mandrem constituency and Parsekar was unable to overcome it.

Moreover, the revolt by sacked RSS Goa chief Subhas Velingkar last year, breaking away from the parent organisation and campaigning against the BJP in the state by forming his own party, may also have dented BJP’s fortunes in the state.

However, contrary to expectations, the problems within the BJP in Goa did not translate into seats for the AAP. Instead, the Congress has become the big gainer in Goa and has a real shot at forming a government at present.