Trinamul Congress in West Bengal is supporting Congress candidate Abhishek Manu Singhvi for Rajya Sabha, which was announced by the party on Friday. 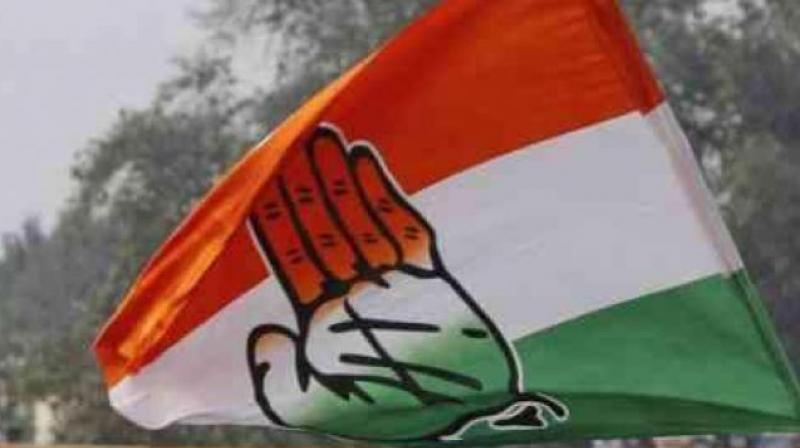 The Congress is pinning its hopes on one out of the two Rajya Sabha seats in Jharkhand.

New Delhi: The Congress, which is set to lose a few seats in Rajya Sabha, is working furiously to make up its loss by securing allies. In a major development, the Congress on Saturday decided to support the BSP candidate Bhimrao Ambedkar for the Rajya Sabha elections scheduled later this month. The Samajwadi Party, which has 47 MLAs, has already fielded Ms Jaya Bachchan and will be left with 10 surplus votes and together with seven Congress and one of the RLD, BSP will be able to get its candidate elected.

“We have decided to join hands with the secular forces against the oppressive and communal politics and decided to vote for the BSP candidate,” Congress Legislative Party leader Ajay Singh Lallu said, adding that the Central leadership of the party has been apprised of the decision and they have supported it.

Trinamul Congress in West Bengal is supporting Congress candidate Abhishek Manu Singhvi for Rajya Sabha, which  was announced by the party on Friday.

The Congress is pinning its hopes on one out of the two Rajya Sabha seats in Jharkhand. Congress Jharkhand in-charge R.P.N. Singh and state Congress chief Ajoy Kumar confirmed that the name of the candidate from Jharkhand will be announced soon. In Bihar also, the Congress is expected to get one seat with the help of its ally RJD.

As a return favour, the BSP will support the Congress candidate in Madhya Pradesh. Hectic parleys are on within the Congress to secure nominations for the upcoming elections to the Upper House. With its improved strength in the Gujarat Assembly, the Congress will be able to secure two seats out the four seats up for grabs. State unit chief and former Union minister Bharat Singh Solanki is amongst the frontrunner for one of the seats from Gujarat while the other seat maybe given to Sam Pitroda, the technocrat. Presently, Mr Pitroda is the Chairman of Indian Overseas Congress.