wo leaders of West Bengal Congress and one from Trinamool Congress joined Bharatiya Janata Party (BJP) on Monday. 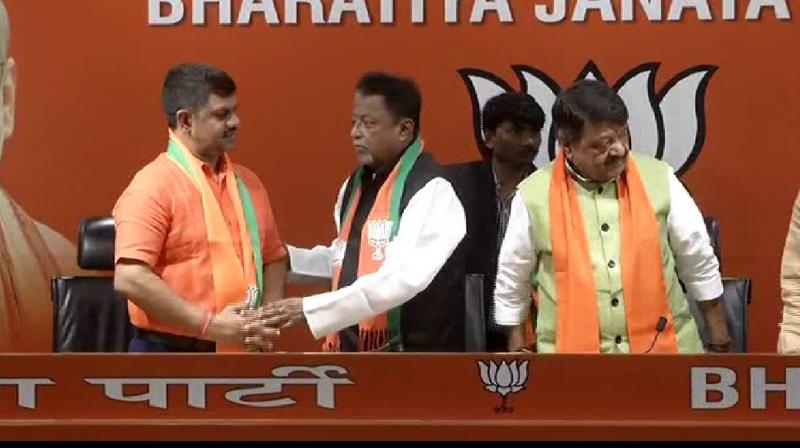 Mukul Roy also claimed that a lot of people including MP, MLA and organisation leaders are in touch with him to join the party. (Photo: ANI)

"Gautam Ghosh has also worked in the core committee of Rahul Gandhi," he added.

Roy also claimed that a lot of people including MP, MLA and organisation leaders are in touch with him to join the party.

BJP General Secretary Kailash Vijayvargiya said, "After the implementation of Model Code of Conduct, we expect that democracy will be reinstated in the state. A lot of senior leaders of TMC and junior party workers are going to join BJP."

"There is police rule in West Bengal. If anyone comes to BJP from any other party, the police start following them to file a false case against them. Tomorrow onwards there will be a line of people joining the BJP," he added.

Vijayvargiya also asserted that he will soon be meeting with the Election Commission to stop unnecessary involvement of State police in the election process.

"We will also be meeting the Election Commission tomorrow and will request them to keep local police away from the election process. Central forces must be only deployed for Lok Sabha elections," said Vijayvargiya.