Her statement came after Supreme Court on Tuesday granted bail to journalist Prashant Kanojia, who was arrested by Uttar Pradesh Police. 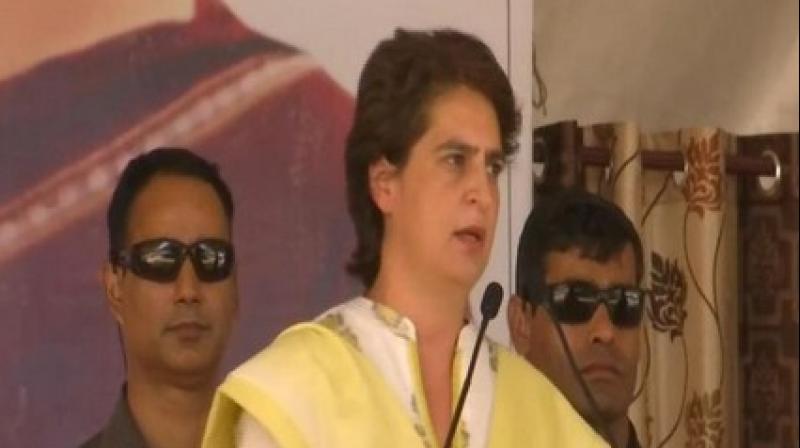 Her statement came after Supreme Court on Tuesday granted bail to journalist Prashant Kanojia, who was arrested by Uttar Pradesh Police on Saturday for making "objectionable comments" against Chief Minister Yogi Adityanath on social media.

"Instead of working on issues related to public, Uttar Pradesh government is dealing journalists, farmers, and their representatives with the baton of terror," tweeted Priyanka Gandhi.

Echoing similar sentiments her Congress president Rahul Gandhi said, "If every journalist who files a false report or peddles fake, vicious RSS/BJP sponsored propaganda about me is put in jail, most newspapers/ news channels would face a severe staff shortage. The UP CM is behaving foolishly & needs to release the arrested journalists."

The order for the immediate release of Kanojia on bail was passed by a vacation bench comprising Justices Indira Banerjee and Ajay Rastogi on a petition filed by Kanojia's wife Jigisha.

During the hearing, Justice Banerjee said, "Liberty of a citizen is sacrosanct and non-negotiable. It is guaranteed by the Constitution and it cannot be infringed upon."

Kanojia was arrested from Delhi by the UP Police for making certain "objectionable comments" against Adityanath on social media and for "spreading rumours". He was taken into custody after a case was registered at Hazratganj police station in Lucknow.

Kanojia has been booked under sections 500 (defamation), 505 (statements conducing to public mischief) of the Indian Penal Code and section 67 (publishing or transmitting obscene material in electronic form) of the Information Technology Act.