In total, six candidates were elected unopposed in the biennial elections to Rajya Sabha from Tamil Nadu. 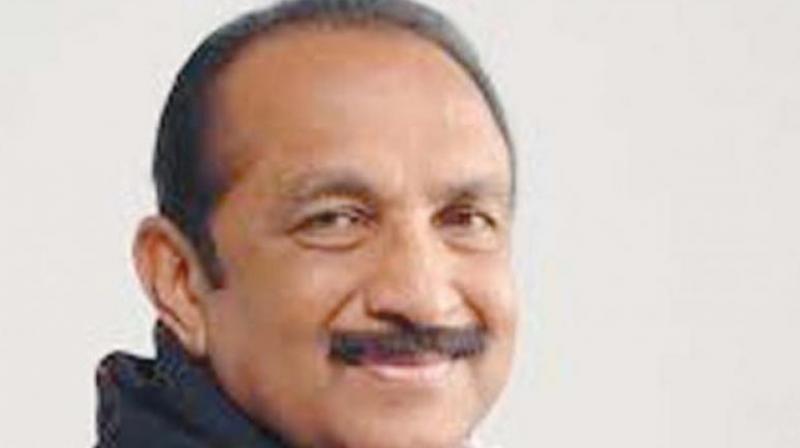 As per the provisions of the Representation of People's Act and other relevant rules, they were elected unopposed, the returning officer said. (Photo: File)

Chennai: Six candidates, including MDMK chief Vaiko and PMK's Anbumani Ramadoss, were elected unopposed in the biennial elections to Rajya Sabha from Tamil Nadu on Thursday.

For the six vacancies from Tamil Nadu, there were seven valid nominations. One of them -- DMK's backup candidate N R Elango -- was withdrawn, he said adding that it left six nominees in the fray for as many vacancies.

As per the provisions of the Representation of People's Act and other relevant rules, they were elected unopposed, he said.

Srinivasan handed over the certificate of election to them. Ramadoss and AIADMK's two poll winners called on Chief Minister K Palaniswami at his chamber in the Secretariat who greeted them on their successful election. Similarly, Vaiko and nominees from the DMK called on party chief M K Stalin.

The AIADMK and the DMK allotted one Rajya Sabha seat each to allies PMK and MDMK respectively as part of an electoral pact ahead of the Lok Sabha elections.