Sawant replied to a question about the prospects of dropping any minister from its coalition partners to accommodate newly joined MLAs. 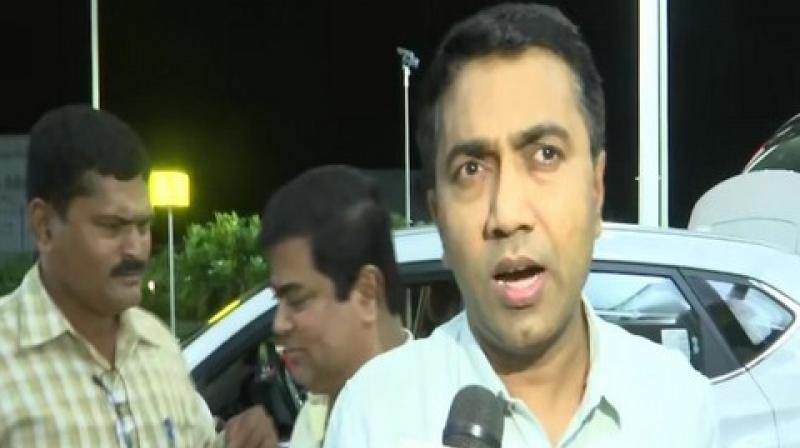 He also said that the merger of MLAs has been unconditional. (Photo: ANI)

Panaji: Following the merger of 10 Congress MLAs into Bharatiya Janata Party (BJP), Goa Chief Minister Pramod Sawant stated that it is upon Central leadership to take any decision regarding making any changes in the Goa cabinet.

Speaking to ANI before leaving for Delhi along with 10 newly-inducted MLAs, Sawant replied to a question about the prospects of dropping any minister from its coalition partners to accommodate newly joined MLAs.

"No decision has been taken yet. The central leadership will take the decision regarding this", said Sawant.

He also said that the merger of MLAs has been unconditional.

"Ten MLAs along with their opposition leaders have merged into BJP. BJP's strength which was 17 has become 27 now. They have come for the development of the state and their constituency. They have not put any conditions. It is an unconditional merger", Goa CM said.

In a major political development, a group of ten MLAs from Congress party in Goa had severed ties with their party on Wednesday evening to merge themselves with BJP.

The group of Congress leaders led by Kavlekar met Speaker Patnekar in the evening to give a letter informing him about their decision.

With ten MLAs changing the sides, the strength of Congress on the floor of the House was reduced to mere five.