His comments come a day after Chandrababu Naidu's visit to Anantapur. 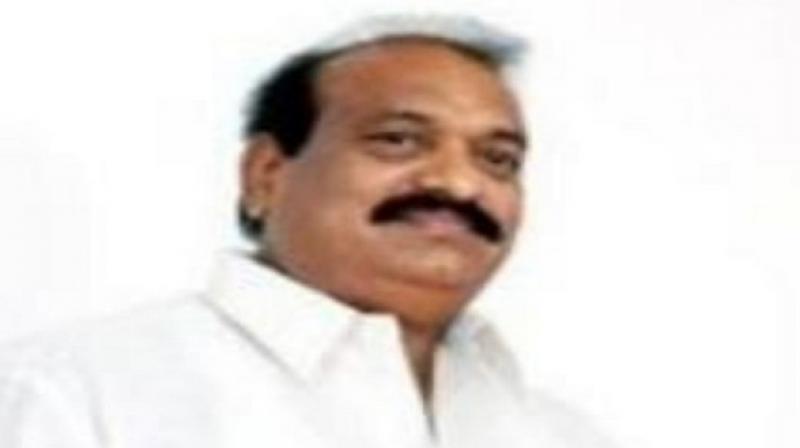 'Telugu Desam Party will merge in BJP. We will get the tie knotted and will lead with the BJP. There are no permanent friends and foes in politics,' Reddy said while addressing the media in Anantapur. (Photo: ANI)

Anantapur: JC Prabhakar Reddy, a former MLA of the Telugu Desam Party (TDP) on Thursday said that the Chandrababu Naidu led party will merge into the BJP citing that in politics there are no permanent foes or friends.

"Telugu Desam Party will merge in BJP. We will get the tie knotted and will lead with the BJP. There are no permanent friends and foes in politics," Reddy said while addressing the media in Anantapur.

"PM Modi believes in Chandrababu Naidu and now, BJP is also realising the need of the TDP because BJP leader Kishan Reddy indicated it during his recent visit to Andhra Pradesh," he added.

His comments come a day after Naidu's visit to Anantapur.

Moreover, rumours are rife about JC brothers- JC Prabhakar Reddy and TDP former MP JC Diwakar Reddy- trying to join the BJP. Reportedly, they are dissatisfied with Naidu supporting their rival faction in the party.

TDP's spokesperson Lanka Dinakar had also joined the BJP in the presence of its working president JP Nadda at party headquarters in Delhi.

TDP had snapped ties with the BJP, withdrawing support from the Modi government over special status demand for the state, in March last year.

The party was decimated to just 23 seats in the Andhra Pradesh Assembly election while Jagan Mohan Reddy's YSRCP got an absolute majority by winning 151 out of 175 seats.

In Lok Sabha too, TDP could win only three seats in the recent elections.