The BJP's membership drive was launched by Prime Minister Narendra Modi in Varanasi on July 6. 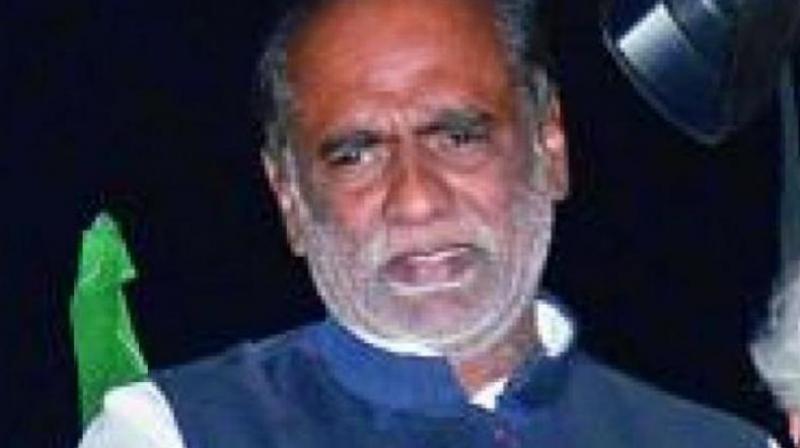 Hyderabad: Telangana BJP President K Laxman on Friday asked party leaders to enroll 5 lakh people as party members in the ongoing membership drive which has been extended till August 20.

"There is a need to increase members in Hyderabad city. Amit Shah will also take a note on how many people have joined the BJP here. So, we should keep it in mind and should increase the memberships. He had already said that in South India after Karnataka, BJP should form government in Telangana. The environment in Telangana is also in favour of BJP party and we should utilize it," Reddy said.

The BJP's membership drive was launched by Prime Minister Narendra Modi in Varanasi on July 6.

BJP MLC Ramchander said that the party is preparing its ground for the upcoming municipal elections.

"We plan to increase the members in Hyderabad city to 8 Lakh. We have 3.6 lakh members right now and are planning to enroll 4.5 lakh more members in the city. 1.5 lakh people have taken BJP membership in the city and we are speeding it up to reach the target. The last date of membership drive has been extended to August 20 from August 11," he said.

"We are targeting to win the Municipal elections, which are to be held in the coming days. TRS, Congress and TDP cadres also wanted to join the BJP party. We have asked our party workers to see that they join our party," he said.

"We have participated in city executive meeting held in Hyderabad city. Our leadership has fixed a target of 5 lakhs BJP members in Hyderabad and asked us to participate in the membership drive," he said.

"We are also getting a good response from people in Hyderabad after the abrogation of Article 370. After this move taken by the central government, people are showing interest to join the BJP party. They are also ready to elect us to the power in the upcoming elections," Rama Krishna said.