NCP talks of homecoming of leaders who joined BJP

"Some people are spreading rumours of 12 NCP MLAs joining BJP, this is baseless and fabricated news," Malik tweeted 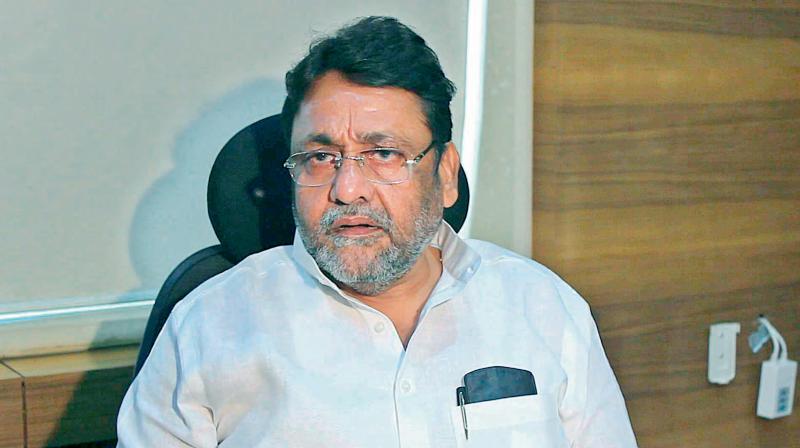 Nationalist Congress Party leader Nawab Malik has rubbished reports that 12 MLAs of his party are joining the BJP. (PTI Photo)

Mumbai: Maharashtra Cabinet minister and Nationalist Congress Party (NCP) leader Nawab Malik has rubbished reports that 12 MLAs of his party are joining the BJP. Instead, those legislators who went to the BJP before 2019 Assembly polls are eager to return back to the party, he said on Monday.

There is a buzz in the political circles that 12 NCP MLAs are on their way to the BJP, which is likely to bring the MVA government, consisting of Shiv Sena, NCP and Congress, into trouble.

The NCP broke its silence on the issue calling these reports ‘baseless’. “Some people are spreading rumours of 12 NCP MLAs joining BJP, this is baseless and fabricated news. The legislators who went to the BJP before the election are eager to return to the NCP. Soon, a decision will be made and the details will be made public (sic),” Malik tweeted.

The reports of NCP legislators joining the BJP have come on the backdrop of saffron party leaders’ assertions that the MVA government will not last long due to its internal conflicts.

In Assembly polls, BJP emerged as the single largest party in the state with 105 seats followed by the Shiv Sena with 56 seats, NCP bagged 54 seats while Congress got 44 seats in 288-member Maharashtra Vidhan Sabha. However, Sena broke its alliance with the BJP on the issue of sharing of the Chief Minister’s post and formed the MVA government with NCP and Congress.