‘Govt's intention is to save lives, not earn revenue’: Gadkari defends hefty fines

Talking about Gujarat’s decision to slash fines prescribed by Centre, he said states will be responsible if they do so. 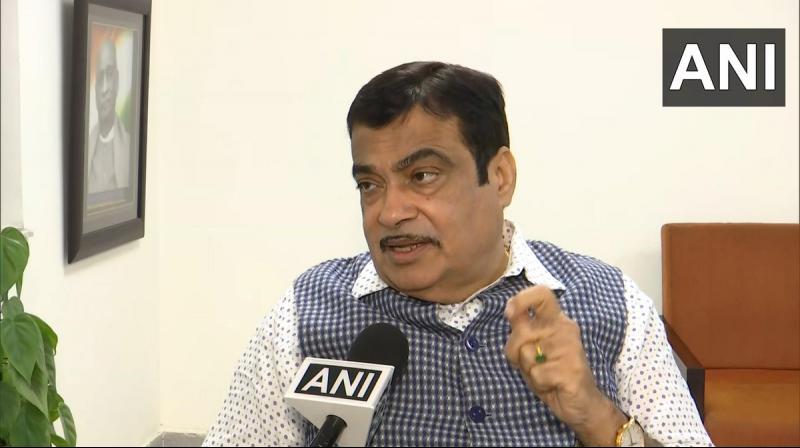 ‘This was done to save lives. That is my first objective, but I need the cooperation of state governments. This should be above parties and state governments,’ Nitin Gadkari said. (Photo: ANI)

According to the Minister of Road Transport; Highways and Micro, Small and Medium Enterprises, the higher fines are meant to save lives rather than augment revenue. Gadkari said that states can decide to lower the fines imposed in their jurisdiction.

“We are implementing this to create fear and respect for the law. It is not a revenue making proposal but a proposal to save lives of the people. We are losing 2 pc GDP due to road accidents,” Gadkari said, reported NDTV. "Why was the death penalty for rape after the Nirbhaya case? To create a fear of the law. "

On Tuesday, BJP-ruled Gujarat government, led by Vijay Rupani announced that the fines would be reduced by 90 pc, notwithstanding the fact that the same party’s government in the centre pushed for the hefty fines for violations under the new Motor Vehicles (Amendment) Act. On Wednesday, West Bengal Chief Minister Mamata Banerjee, said the fines were too harsh, that they wouldn't apply in her state.

Pressed on whether he could force states to fall in line, Gadkari remarked, "Jisko karna hai kare, na karna na kare (those who want to enforce it can do it. Those who don't, need not.)"

States will be responsible if they try to dilute traffic violation fines, Gadkari said today as the ruling BJP was embarrassed by its own government in Gujarat slashing fines under an amended law cleared by parliament recently. Referring to Chief Minister Vijay Rupani, Gadkari said, "If he thinks he can do that, then maybe he was taken a considered decision."

He added: "It's time that the country thinks about saving lives...1,50,000 people get killed on the roads in a year and 65 per cent of them are 18-35 years old. They haven't been killed in terror strikes or riots.. This (the new law), was done to save lives. That is my first objective, but I need the cooperation of state governments. This should be above parties and state governments."

Defending the new rules, the minister said these were drafted after consultations and studying the laws in the UK, Canada, California and Argentina.

"I will tell all chief ministers to get into this. I will speak to them if I have to," he said.

Referring to the long queues of car-owners rushing to get their pollution all-clear to avoid hefty fines, Gadkari said, "It is a blessing in disguise...Should we not bother about clean air for our future generations?"