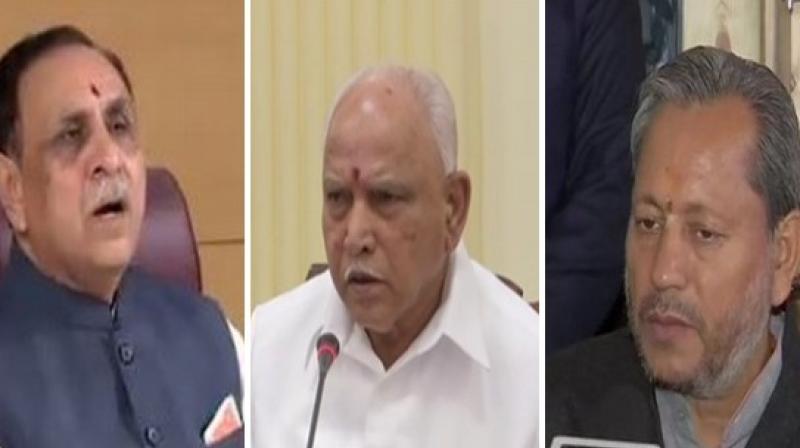 Earlier on Saturday, Rupani met Governor Acharya Devvrat and submitted his resignation from the post of Gujarat's Chief Minister.

"To further develop the state, with new energy and power, I have decided to resign as Chief Minister," Rupani told media persons.

The 65-year-old leader said that the BJP is an ideology-driven party and the roles of workers keep changing there.

"I want to thank BJP for giving me, an ordinary worker, this opportunity to serve as Gujarat's Chief Minister. During my tenure, I got the opportunity to add to the development of the state under PM Modi's leadership. I have decided to resign because the development journey of Gujarat should continue under Prime Minister Narendra Modi's guidance and new leadership. BJP is an ideology-driven party and the roles of workers keep changing there," added Rupani.

Rupani's resignation comes a year before the scheduled assembly elections in the state. He took charge as the Chief Minister of Gujarat in August 2016. He currently represents Gujarat's Rajkot West as MLA.

On July 26, veteran BJP leader BS Yediyurappa stepped down as Karnataka Chief Minister much before completion of his tenure that was supposed to end in 2023. Stating that nobody pressurised him to resign, Yediyurappa said he had stepped down so that somebody else could take over as chief minister after the successful completion of two years of the BJP-led state government.

Following this, Basavaraj Bommai took oath as the 23rd Chief Minister of Karnataka on July 28.

Now from the South, if we move towards North, the change of regime also took place in the Himalayan state of Uttarakhand.

Uttarakhand Chief Minister Tirath Singh Rawat resigned from his post on July 2. The resignation came amid political turmoil and uncertainty over bypolls in Uttarakhand, which will face Assembly elections early next year.

Tirath Singh Rawat, who took over as Chief Minister on March 10 this year, had to be elected to the state assembly within six months but there is no certainty over bypolls being held which led to political uncertainty in the state.

Rawat, who had to resign in just 115 days, notably become the first Chief Minister of the state who could not present himself before the assembly.