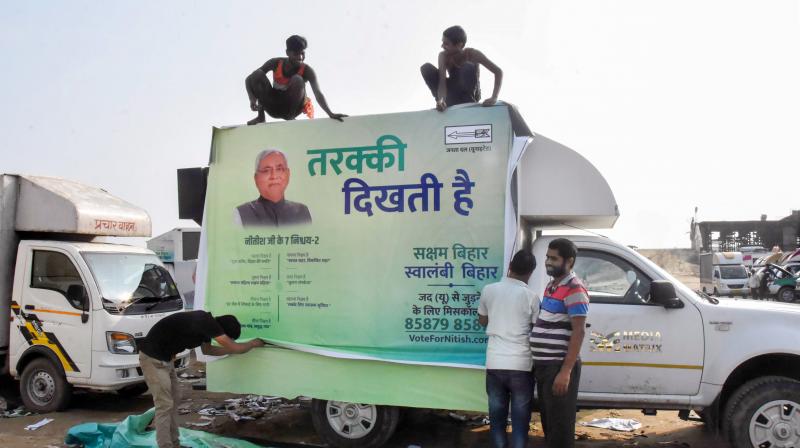 Patna: The BJP will formally launch its election campaign on Sunday with the party president J.P. Nadda addressing an election rally at Gaya’s Gandhi Maidan for the upcoming Bihar Assembly polls. The BJP, which is contesting 121 Assembly seats of the total 243 seats and giving 11 seats to its new ally, Vikassheel Insaan Party (VIP), held its central election committee (CEC) meeting on Saturday, which was also attended by Prime Minister Narendra Modi, Union ministers Rajnath Singh and Amit Shah among others.

The BJP election committee for the Bihar polls is also finalising the PM’s schedule for the campaign, with Mr Modi likely to address around 20 rallies in the poll-bound state. Exuding confidence that the NDA will retain power in the state, BJP’s Bihar in-charge Bhupendra Yadav took a dig at the Opposition RJD-Congress-CPI(ML) camp, claiming that Bihar will never give a chance to the “unholy alliance” and return of an era when “class clashes, mayhem and Left extremism” used to rule the streets.

Mr Yadav also took a dig at the RJD, saying it is carrying on its back the same Congress against whose policies the regional outfit was established by Lalu Prasad Yadav. The party's poll slogan for Bihar is, “Jan jan ki pukaar, atmanirbhar Bihar”.