The party condoled their death and announced a welfare fund of Rs 3 lakh each to families of the deceased. 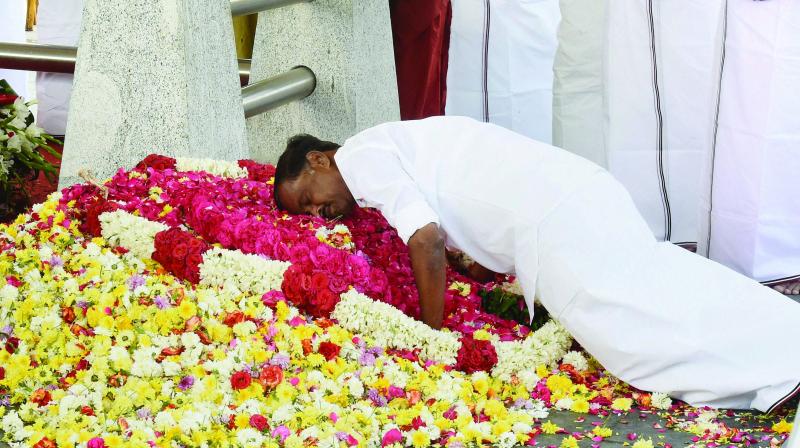 Chennai: The ruling AIADMK released on Saturday a list of 203 deceased persons, saying they died of “shock” over the demise of party supremo and former Tamil Nadu chief minister J. Jayalalithaa on December 5, taking the number of toll in this regard to 280.

The party headquarters released the list containing the names of 203 such deceased persons from different parts of the state, including Chennai, Vellore, Tiruvallore, Tiruvannamalai, Cuddalore, Krishnagiri, Erode and Tirupur districts.

The party condoled their death and announced a welfare fund of Rs 3 lakh each to families of the deceased.

Earlier, the party had said that 77 persons had died of shock and grief following her death and announced a similar sum as relief to the dead persons’ families. The number of people having died of shock over Jayalalithaa’s death stands at 280 now. Hospitalised on September 22 and having suffered a cardiac arrest on December 4, she passed away the next day.