The Finance Minister was hitting out at the BSP supremo after she claimed that BJP owed its victory in UP to tampered voting machines. 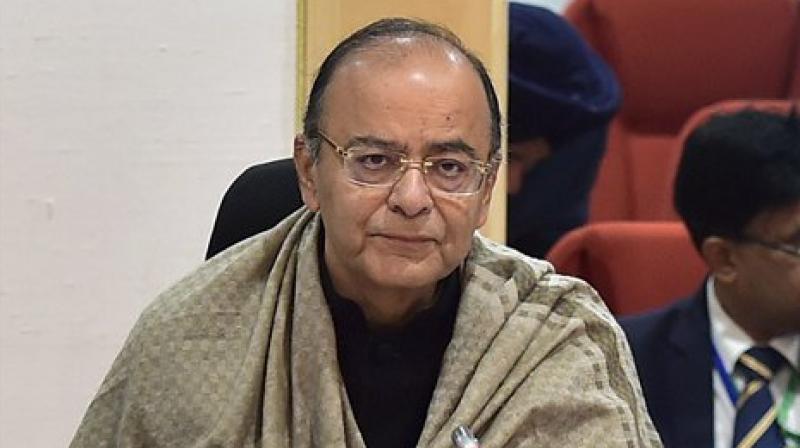 New Delhi: Taking a jibe at Bahujan Samaj Party (BSP) supremo Mayawati putting the onus on the Electronic Voting Machines (EVMs) for her loss in the Uttar Pradesh Assembly Elections, Finance Minister Arun Jaitley on Sunday titled Mayawati as a 'bad looser', saying that her party is faring miserably thanks to her 'negative' attitude.

"Mayawati is a bad looser..only because of her awful deeds and actions her party is faring this way. Her behavior towards her party has always been negative and that is why her hold from the state is reducing. Putting the onus on EVMs for her loss and saying the machine accepted votes only in favour of the Bharatiya Janata Party (BJP), which is so not accepted by us and this shows her character," Jaitley said.

While giving the credit to Prime Minister Modi and other BJP leaders for the win in the state, Jaitley asserted that this victory was obvious because of the party's 'good behavior' towards the people.

"BJP winning the election was an obvious fact, our behavior towards the public has always been good. PM Modi and other BJP leaders have always built that relationship not from now, since ages. The government has always worked for the betterment of the people and PM Modi has done his best in every task that he took up. So for us wining with full majority was obvious," Jaitley added.

After the BJP secured an astounding victory in the UP polls, Rahul Gandhi took to Twitter and congratulated Prime Minister and the BJP.

"I congratulate Shri. Narendra Modi and the BJP on their victory in Uttar Pradesh & Uttarakhand."

And, Prime Minister Modi replied in a subtle yet witty way, quite representative of his persona at election rallies.

The BJP won with a clear majority in Uttarakhand with 57 seats in a 70-member assembly, ousting the Congress led by chief minister Harish Rawat and in Uttar Pradesh, the saffron party saw an unprecedented victory with 321 seats, while the Congress-Samajwadi party alliance bagged 54, the Bahujan Samaj Party ( BSP) got 19 and others 18.