The party will hold its CWC meeting at the Sardar Patel Memorial and hold a prayer meeting at Sabarmati Gandhi Ashram. 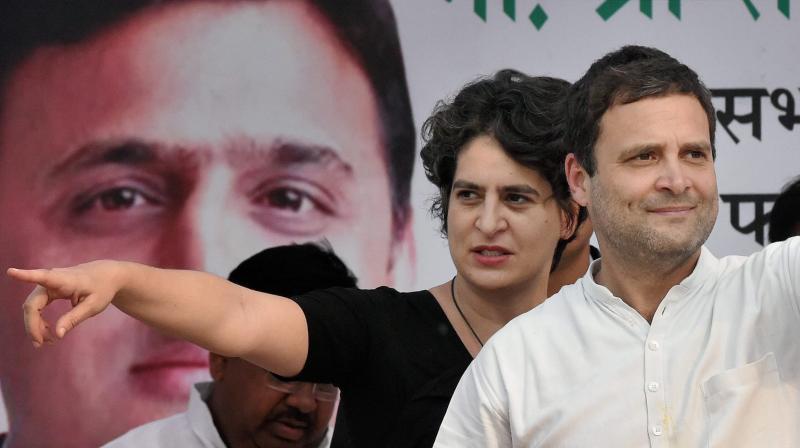 It will be Priyanka's debut addressing to the CWC as the newly appointed General Secretary. (Photo: PTI)

It is anticipated that the principal opposition party would chart out the political program in Ahmedabad and Gandhinagar to send out a strong political message.

Following the prayer meeting, a roadshow will be held where all the tall leaders, including party president Rahul Gandhi will ride in buses.

The meet will be attended by heavyweights of the party including Priyanka Gandhi.

It will be Priyanka's debut addressing to the CWC as the newly appointed General Secretary.

CWC is the highest decision-making body of Congress and it is after 58 years that party CWC meet will take place in Gujarat.

The day-long meeting holds significance as it comes just two days after the Election Commission announced the schedule for 2019 national elections.

It is expected that the party will chalk out the final shape of the Party's election strategy and campaign.

Congress has chosen March 12 as the date marks the anniversary of revolutionary Dandi March led by Mahatma Gandhi.