The former chief minister of Uttar Pradesh also assured of action by her party in the matter. 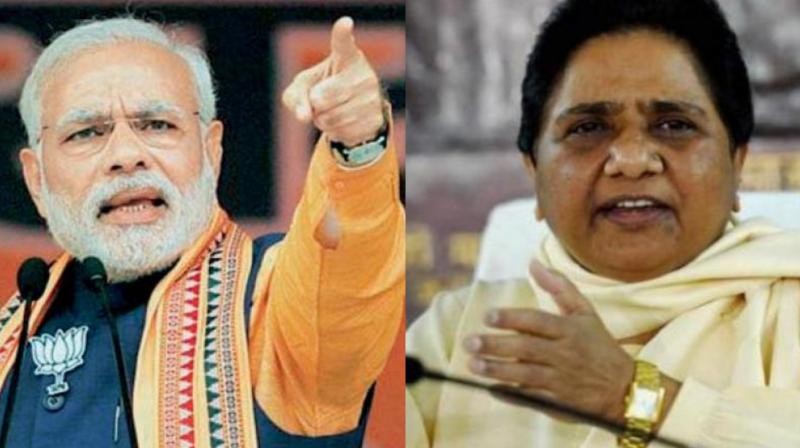 Lucknow/Kushinagar: Bahujan Samaj Party chief Mayawati on Sunday alleged that Prime Minister Narendra Modi is doing "dirty politics" over the gangrape of a Dalit girl in Alwar. The former chief minister also assured of action by her party in the matter. Modi countered by saying she is shedding "crocodile tears by only making statements".

"In the wake of this incident (Alwar gangrape), Modi is doing dirty politics. BSP for sure will take required political decision if strict action is not taken in the case," Mayawati said in a press note by her party.

Modi, at a rally in Kushinagar, urged Mayawati to withdraw support from the Rajasthan government- accused by both the Prime Minister and the BSP supremo of brushing the gang-rape case aside for political gains.

"Behenji you will have to answer, why didn't you withdraw support to Rajasthan's Congress government after a Dalit daughter was gang-raped in the state? You are shedding crocodile tears by only making statements," Modi said during the campaign.

Mayawati retorted with a list of incidents she thought the Prime Minister should take responsibility of."BSP will take a required political decision soon, but why is PM Modi not taking the responsibility of the incidents in the past, such as Una flogging incident, Rohit Vemulla case or other cases pertaining to Dalit atrocities. Why is he not resigning?," the BSP press note read.

A woman was allegedly gang-raped by five men while her husband was beaten up in Thanagaji area of Alwar district in Rajasthan on April 26. A video of the incident was shot by perpetrators, who threatened to make the video public if they reported the matter. The couple had reported the matter to police much later on May 2.