Mamata is provoking violence in WB; employing party workers, police for it: Supriyo

He also said that it was shocking that Rohingyas were involved in murder of BJP workers of Sandeshkali. 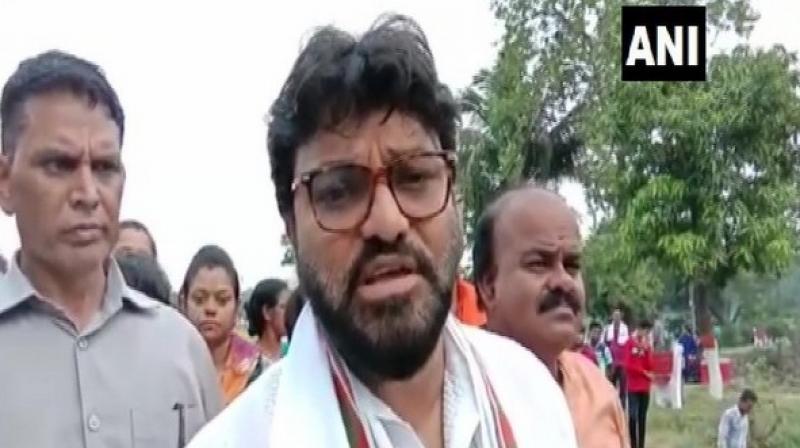 'Chief Minister herself is provoking violence in the state and employing party workers and police for it,' Supriyo said. (Photo: ANI)

Asansol: Union Minister and BJP leader Babul Supriyo on Tuesday hit out at West Bengal government led by Mamta Banerjee accusing her of provoking violence in the state and employing her party workers and police for the same.

He also said that it was a shocking revelation that Rohingyas were involved in the murder of BJP workers of Sandeshkali.

"Chief Minister herself is provoking violence in the state and employing party workers and police for it. Also, it is a shocking revelation that the accused has links with Rohingyas. This government has no moral right to be in power," he said while talking to ANI here.

Asserting that the Mamata-led government won't last till 2021, the Union Minister said, "The head of Bengali community is down with shame not only in India but across the world just because of the present scenario in West Bengal."

Earlier in the day, it was reported that BJP leader Mukul Roy on Tuesday wrote a letter to Union Home Minister Amit Shah requesting him to take immediate and appropriate action to safeguard the lives of people of West Bengal as "anarchy and chaos" prevails in the state due to the violence.

The letter comes in the wake of a letter the TMC had written to the Home Minister on June 9 over the violence in the state.