The President strongly condemned the terrorist attack on the yatris. 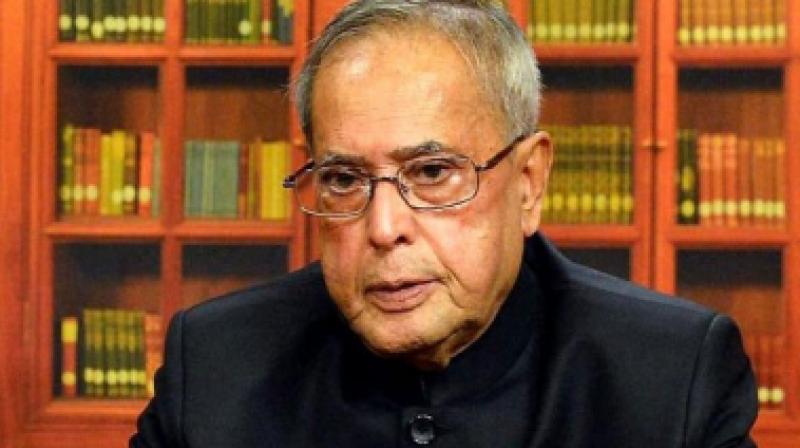 “Such senseless acts of terrorism targeting innocent lives is an attack on the democratic values of the society and deserve to be universally condemned. They must be met with determination and collective action,” the President said in a message to Jammu and Kashmir governor N.N. Vohra.

The President strongly condemned the terrorist attack on the yatris, a press release issued by the Rashtrapati Bhavan said. “I am deeply shocked and anguished to learn about the cowardly attack on Amarnath yatris in Anantnag district of Jammu and Kashmir in which a number of innocent pilgrims lost their lives and several others were injured,” he said.

Mr Mukherjee said: “I am sure necessary steps are being taken to provide all possible aid to the bereaved families who have lost their near and dear ones as well as medical assistance to the injured”.

Vice-president Hamid Ansari also expressed shock at the “dastardly” attack on Amarnath pilgrims in Jammu and Kashmir. He said India remains united in the face of such attacks.

“I’m shocked to learn of the dastardly terrorist attack on Amarnath yatra in Jammu and Kashmir which has resulted in loss of lives and injuries to pilgrims,” he said.

Seven Amarnath pilgrims were killed and 19 were injured in a terrorist attack in south Kashmir’s Anantnag district on the night of July 10.

The bus, a bearing Gujarat registration number, was on way from Baltal to Jammu when the attack took place.

NDA presidential candidate Ram Nath Kovind and BJP chief Amit Shah also condemned the terror attack on Amarnath yatris, with the latter asserting that “cowards responsible for the barbaric attack will not be spared”.

They also cancelled their tours of Gujarat on Wednesday in the wake of the killing of Amarnath pilgrims in Anantnag district of Kashmir, sources said.

“The attack on Amarnath yatris has caused me a lot of pain. I condemn this cowardly terrorist attack and express my deep condolences to the families of the dead and injured,” Mr Kovind said in a statement.

Mr Shah in a statement said it was a heinous act and that he had no words to express “the deep pain on the killing of innocent pilgrims travelling to the holy shrine of Amarnath”.