The new additions are being considered as a strategy to cope with Congress' major loss in the LS elections. 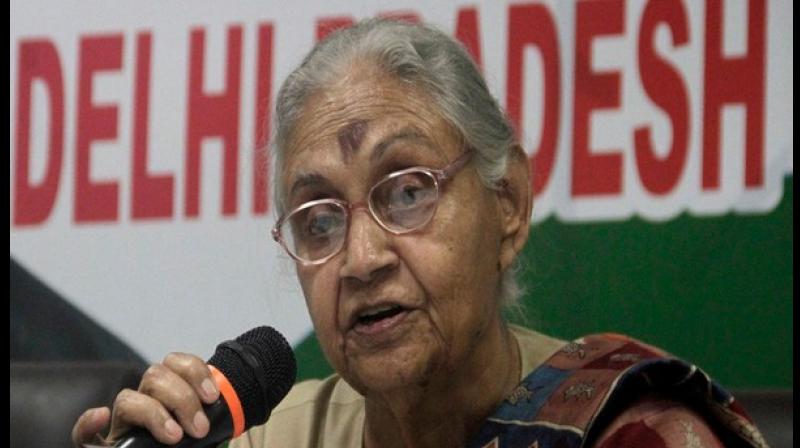 The rejig comes days after Dikshit on June 28 dissolved all the 280 block committees, a decision which was later stayed by AICC in-charge of Delhi unit, PC Chacko. (Photo : ANI)

New Delhi: With eyes on the Assembly elections, Delhi Congress has announced the name of 14 district and 280 block-level committee observers for the national capital.

CP Mittal and Jitender Kumar have been appointed for Adarsh Nager and Chandani Chowk district committees, while Karawal Nagar and Babarpur districts, that fall under North-East Lok Sabha constituency, will be looked after by Rajender Sharma and Ramakant Goswami.

Patparganj and Krishna Nagar district committees will be observed by Kiran Walia and Rohit Manchanda, whereas Mangat Ram and Hasan Ahmed have been appointed observers of New Delhi and Karol Bagh districts.

Rohini and Kirari District Congress Committees will be looked after by Charanjeet Rai and Subhash Bhardwaj.

Tilak Nagar and Najafgarh in west Delhi will be observed by AK Walia and Mateen Ahmed, respectively, while Desh Raj Choudhary and Narendra Nath have been made observers for Mehrauli and Badarpur in south Delhi District Committees.

Similarly, a list of functionaries who will look after block committees has been released.

The rejig comes days after Dikshit on June 28 dissolved all the 280 block committees, a decision which was later stayed by All India Congress Committee (AICC) in-charge of Delhi unit, PC Chacko.

The to-and-fro had triggered cracks in the Delhi unit of the grand old party.

The new additions are also being considered as a strategy to cope with the major loss in the Lok Sabha election as the Congress drew a blank in the national capital.

Elections for Delhi Assembly is scheduled to take place early next year.