JP Nadda on 2-day visit to Jharkhand from Saturday 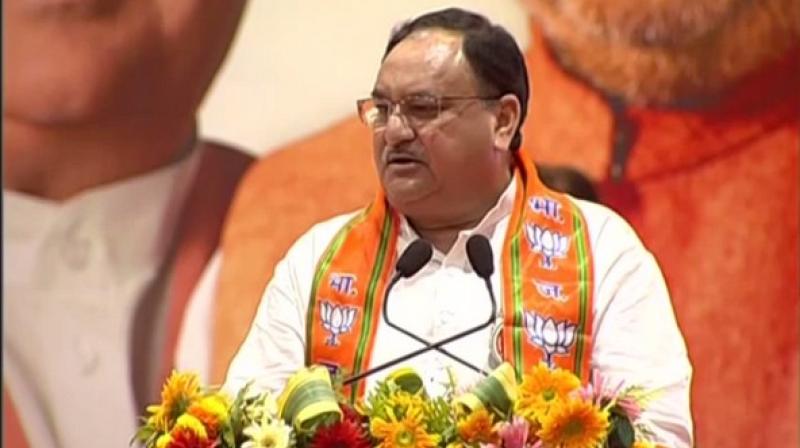 Sources said the Core Group will also meet on Sunday to thrash out strategies for the upcoming Assembly polls. (Photo: ANI)

New Delhi: BJP working president JP Nadda will be on a two-day visit, beginning Saturday, to Jharkhand where he will participate in the party's membership drive and will also attend the meeting of the Core Group.

According to party sources, Nadda will also participate in the BJP's Core Group meeting on Saturday at Ranchi in which Chief Minister Raghubar Das, former Chief Minister Arjun Munda, and other leaders are expected to participate.

Sources said the Core Group will also meet on Sunday to thrash out strategies for the upcoming Assembly polls.

In Jharkhand, the Legislative Assembly elections are due to be held in November-December, where 81 seats are at stake.

The term of Jharkhand Legislative Assembly ends on December 27.