The 13-month-old Congress-JDS government had earlier this month slumped into crisis following the resignation of 10 MLAs. 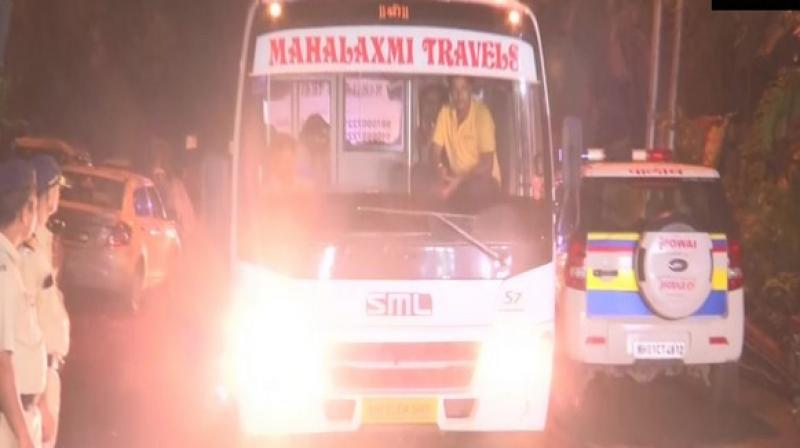 Kumar dismissed the charge that he was delaying a decision on these resignations to help the government which has allegedly lost its majority. (Photo: ANi)

They had met Kumar on Thursday evening after they were directed by the Supreme Court to meet the Speaker at 6 pm and resubmit their resignations in person.

Following the meeting with the dissenting MLAs, the speaker said he will 'consider to his satisfaction' whether they are genuine and voluntary before taking a decision.

Talking to the media after the MLAs met him, Kumar dismissed the charge that he was delaying a decision on these resignations to help the government which has allegedly lost its majority.

"I need to examine these resignations (of rebel MLAs) all night and ascertain if they are genuine. The Supreme Court has asked me to take a decision. I have video-graphed everything and I will send it to the Supreme Court," said Kumar.

Chikkodi MLA and chief whip of the JD(S)-Congress coalition government Ganesh Hukkeri had also issued a whip to party MLAs to attend the Assembly session to pass the finance bill.

Kumaraswamy said that the Assembly will discuss several other matters and absent MLAs will be disqualified under the 'anti-defection law'.

Anti-defection law, also known as the tenth schedule of the Constitution was amended in 1985 to prevent political defections and stop legislators from switching sides.

The 13-month-old Congress-JDS government had earlier this month slumped into crisis following the resignation of 10 MLAs.

Congress leader and Karnataka Irrigation Minister D K Shivakumar, who is back in Bengaluru after a failed trip to Mumbai to meet and placate the rebel MLAs staying there, expressed his optimism that "good sense will prevail" and the dissidents will withdraw their resignations.

"I have confidence that they will have good sense and not leave party from which they have been elected," Shivakumar said at the Vidhana Soudha.

The 225-member state Assembly includes one nominated MLA. The halfway mark is 113.