UPA did not ‘reply’ to 2006 train blasts, Modi would have responded: Piyush Goyal

Goyal was referring to surgical strikes in 2016 and aerial strike on terror camp in Pakistan earlier this year after Pulwama terror attack. 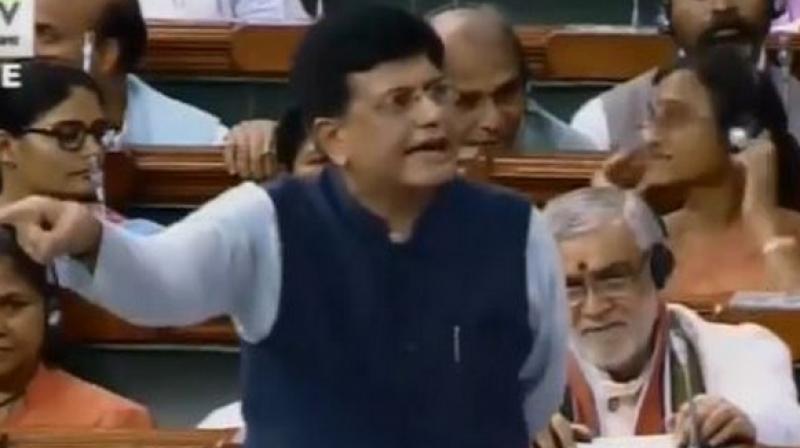 New Delhi: Railway Minister Piyush Goyal on Friday accused the UPA government of failing to give an "appropriate answer" after the train blasts in Mumbai 13 years ago in which 209 people were killed and said Modi government would have given a befitting response to any such terror act.

Replying to the marathon debate in the Lok Sabha on the demands of grants for railways, he said the Railways was moving ahead at "a fast speed" and listed many areas in which railways had performed better compared to the UPA government.

Goyal was apparently referring to the surgical strikes in 2016 and aerial strike on a terror camp in Pakistan earlier this year after the Pulwama terror attack.

Recalling contribution of his predecessors in the past five years, he said: "Railways was moving ahead at a fast pace."

Goyal said 99 members had taken part in the discussion on the demands for grants on Thursday and he was the 100th speaker.

The House later rejected the cut motions of Opposition by a voice vote and approved the demand for grants for Railways (2019-20).