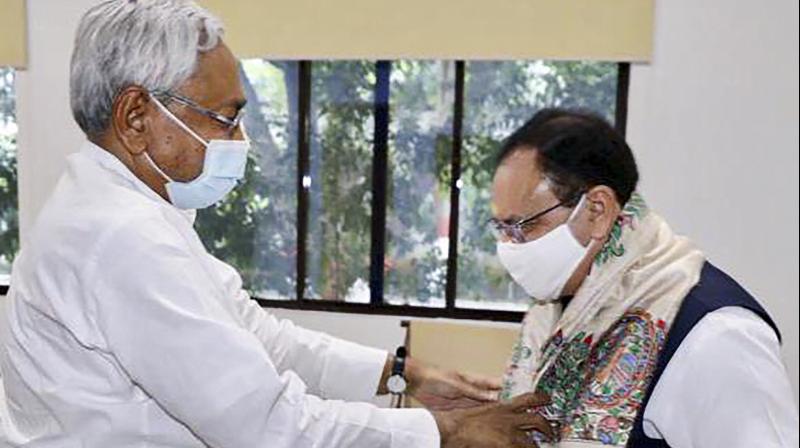 JD(U) boss and Bihar chief minister Nitish Singh wants the seat-sharing formula done with before the election dates are announced.

The Lok Janshakti Party has been bickering with the Janata Dal (U) for months for a greater share of the seats to contest.

JP Nadda was accompanied to the talks by Devendra Fadnavis, Bhupendra Yadav and Sushil Kumar Modi. The talks took place at the chief minister's official residence at 1, Anne Marg.

Political analysts believe that Nitish Kumar wants Nadda to allocate seats to the LJP from it from the BJP’s quota.

As the bigger party in Bihar, the Janata Dal (U) thinks it must have its way within the alliance.

Then there is Jitan Ram Manjhi’s splinter party HAM, which returned to the NDA earlier this month, professing loyalty to Nitish Kumar. It may be a signal that its seats will be torn out of the JD(U)'s share.

BJP insiders said the party’s leadership would meet LJP's Chirag Paswan in Delhi to nudge it make peace with the JD(U).