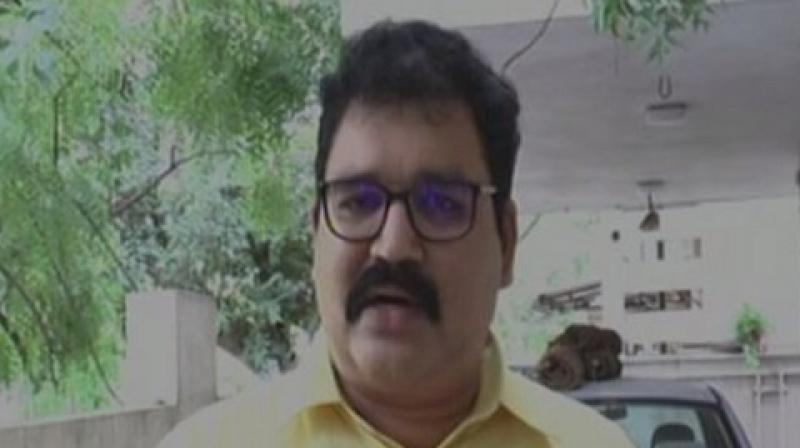 TDP leader K Pattabhi Ram on Friday claimed that the education minister Audimulapu Suresh has been made the beneficiary of 'Rythu Bharosa' scheme for farmers.

The TDP leader alleged that the YSRCP minister didn't qualify to be the beneficiary and his name reportedly coming up on the list is "surprising" and reflects the loot of public money.

"For the past few months we have been observing that public money is being looted and distributed to YSRCP party workers and leaders by Jagan Mohan Reddy in the name of implementing welfare schemes," said K Pattabhi Ram.

"In the list of beneficiaries in the 'Rythu Bharosa' scheme is the name of education minister Audimulapu Suresh. This is very surprising! If you look at the guidelines of the scheme it clearly says a person owning more than 5 acres of land is not eligible, a person who is an income tax accesses is not eligible, and a person who had held a public office is not eligible. The Minister qualifies on none of these parameters," he said.

"The public money in the name of welfare schemes is being distributed to the YSRCP workers and party leaders. The Chief Minister YS Jagan Mohan Reddy must give an explanation," he added.

The 'Rythu Bharosa' scheme is one of the major promises during the election. The scheme is scheduled to be launched on October 15 and is expected to benefit over 53 lakh farmers including tenant farmers.