On the political chessboard of Maharashtra, Fadnavis today is both the king and kingmaker. 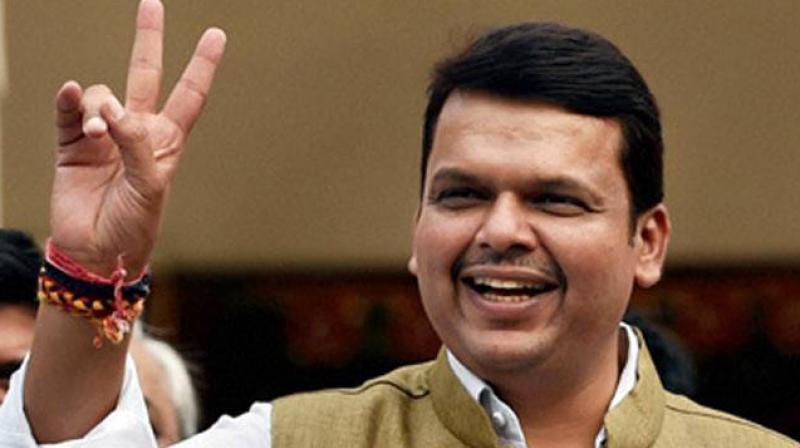 Fadnavis was the youngest Mayor of Nagpur Municipal Corporation. His tenure was between 1997 and 2001. (Photo: File)

Mumbai: Maharashtra Chief Minister Devendra Fadnavis is all set to complete his 5-year tenure and become the second chief minister to achieve this feat in 47 years.

In 1960, Maharashtra came into being when the State of Bombay was split into two. In nearly 60 years, 26 chief minister have been sworn in with Sharad Pawar taking oath four times, Vasantrao Naik and Vasantdada Patil three times each, and Shankarrao Chavan and Vilasrao Deshmukh twice each.

Devendra Fadnavis took oath as the Maharashtra chief minister after the BJP emerged as the single largest party in 2014 Assembly election. Later, it allied with the Shiv Sena.

Fadnavis is from Nagpur, which is home to the top leadership of the Rashtriya Swayamsevak Singh, the ideological mentor of the ruling party.  This proximity has helped him to run the state smoothly as chief minister.

Fadnavis has managed to sideline senior and experienced leaders through his political moves. Most leaders, who could have a threat to him, were either out of the council of ministers or have lost their relevance in the party.

Under his leadership, the BJP was able to deliver victories in the civic and panchayat elections. His clean image was an advantage amid allegations of corruption against other leades.

He has been a great negotiator whenever the BJP and the Shiv Sena came together. His negotiation skills have come in handy to keep Sena’s ambitions under check.

Fadnavis was the youngest Mayor of Nagpur Municipal Corporation. His tenure was between 1997 and 2001. He has represented Nagpur as an MLA since 1999. In April 2013, the BJP named him, a three-term legislator from Nagpur, as the chief of the party’s Maharashtra unit.

A year-and-half later, he was picked as chief minister of Maharashtra, which has the most number of representatives to the Lok Sabha (48) after Uttar Pradesh.

Presently, in 2019, as the BJP seeks a second term in power in the state, there is no doubt on who will lead the state if the BJP-Shiv Sena coalition wins power.

Fadnavis (49) has not only confirmed his position as the chief minister for the upcoming tenure but has also emerged as the influential and clean leader in Maharashtra. He was able to complete his tenure as he has the backing from the Centre and RSS, the ideological parent of the BJP. Since his early days, Fadnavis has been closely associated with the right-wing organisation.

Fadnavis as a politician

Fadnavis is best known for his speeches and when he took over as CM, many leaders expected him to do well in terms of administration and policies.

However, in the 2017 civic body elections held in the state, he surprised everyone. The BJP outdid its partner of many years, the Shiv Sena. Currently, it controls 15 of the 27 civic corporations in the state on its own and has 82 corporators, just two less than the Shiv Sena.

His control over the state during the Maratha reservation was most evident. The Maratha agitation and demands of the protestors posed as the biggest challenge for him. He was quick to set up a committee, comprising Maratha individuals to address the grievances of the community.

Fadnavis’ main agenda has always been development including big investments in urban infrastructure and financial aid for irrigation projects. He has also sought to push other projects planned by the previous government -- from the Mumbai Transharbour Link to the Navi Mumbai airport, to increasing connectivity via Mumbai Metro.

No matter how many scandals occurred, Fadnavis retained his image as a clean politician. His predecessor Prithviraj Chavan of the Congress was also known as Mr Clean but was criticised of being very slow to make decisions.

On the political chessboard of Maharashtra, Fadnavis today is both the king and kingmaker.