Shiv Sena settles for trumpet as poll symbol in Bihar

According to Sena leaders, the party had contested the 2015 assembly polls too, in which it had polled more than two lakh votes 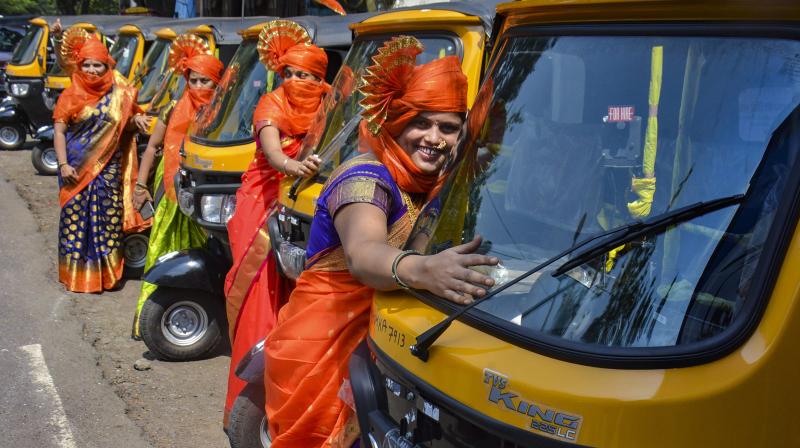 Women, who were given free training, pose for photographs in front of auto rickshaws distributed by Shiv Sena Women Cell, at Pachpakhadi in Thane district. — PTI photo

The Shiv Sena will contest the upcoming Bihar assembly polls with trumpet as its election symbol. The party has decided to contest around 50 seats and does not have an alliance with any party for polls.

“Shiv Sena’s election symbol for Bihar polls will be a ‘man blowing tura’ (trumpet),” said party’s Rajya Sabha MP Anil Desai. The Election Commission had earlier disallowed the Shiv Sena from using its party symbol ‘bow and arrow' in the Bihar Assembly polls over similarity with the ‘arrow’ symbol of the JD(U).

Sena has named party president and Maharashtra chief minister Uddhav Thackeray as its star campaigner in Bihar. The party will be sending several of its top leaders to campaign in the northern state. It has also released a list of 20 leaders who will campaign in Bihar.

According to Sena leaders, the party had contested the 2015 assembly polls too, in which it had polled more than two lakh votes.

Bihar with 243 assembly seats will go to polls in three phases: October 28, November 3 and November 7. The results will be declared on November 10.