4 dissenting MLAs are back, will see their actions: K’taka minister D K Shivakumar

K'taka Cong recommended disqualification of MLAs who did not attend ongoing state budget, as well as CLP meet ahead of budget. 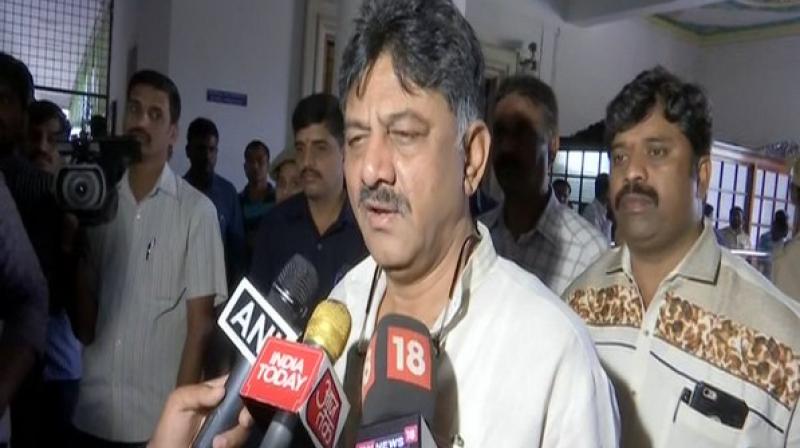 There were speculations that these four Congress MLAs - Ramesh Jarhikoli, Umesh Jadhav, Mahesh Kumatalli and N B Nagendra- were in touch with Bhartiya Janata Party (BJP).

On Monday, Karnataka Congress recommended disqualification of its four MLAs who did not attend the ongoing state budget, as well as the Congress Legislative Party (CLP) meet ahead of the budget.

Meanwhile, taking a jibe at BJP, Karnataka Minister Zameer Ahmed Khan said that those four MLAs have realised that they will have to suffer as what they have chosen was a "wrong path".

“BJP led them astray from their path, now they have realised that the path they had chosen was a wrong one and that they will have to suffer on that path. They have now returned home.”

He further added that the party high command will decide about the fate of the MLAs, however, the decision to disqualify them has been taken in the CLP meeting.

A letter has already been given to the Governor regarding the matter, he added.