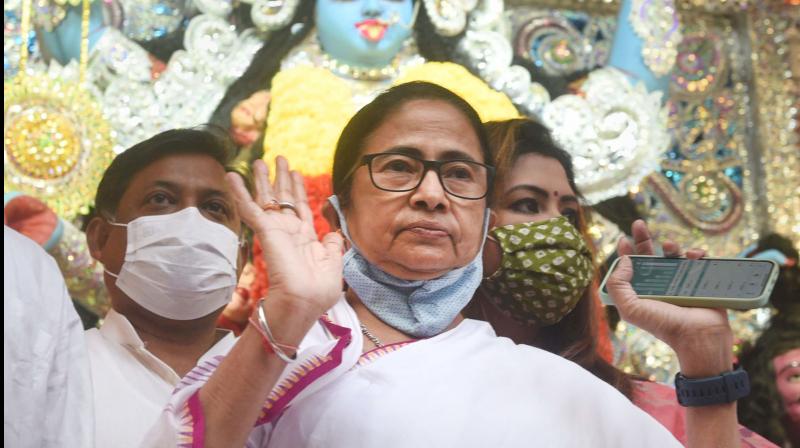 Kolkata: Trinamul Congress supremo Mamata Banerjee on Saturday abolished all senior level executive posts in her party at an emergency meeting to remove a division between old and new guards over the call of "One Person, One Post" given by her MP nephew Abhishek Banerjee and a rift with election strategist Prashant Kishor and his consultancy firm- Indian Political Action Committee (I-PAC).

She constituted a TMC national working committee of 20 members which is led by her and would run the party from now. This is the first time the TMC witnessed such a major revamp in its history. Through the abolition of posts which cost her young nephew the powerful designation of TMC national general secretary, Ms Banerjee sent a message to the warring factions that she, as the chairperson, has the last word in the party and all have to work under her command, according to sources.

Announcing the list Mr Chatterjee, who was the secretary general of the TMC, said, "These names will be sent to the Election Commission as and when Ms Banerjee allots designations to them. None of them hold any post now." Interestingly, three-time Dum Dum MP Sougata Roy and Rajya Sabha MP Derek O'Brien, who are known to be followers of Abhishek, have been kept out of the apex body.

Sources revealed that Ms Banerjee also held a separate meeting with Abhishek on the I-PAC, which has a contract period till 2026 with the TMC, after chairing her party's reorganisation at her Kalighat residence in presence of the leaders.

Mocking the rejig in the TMC, BJP national vice president Dilip Ghosh however claimed, "I do not know their purpose of setting up a new party formation. But it is clear that there is an attempt to take control of the party power in the state by sending other senior leaders to a national body."

Congress leader in Lok Sabha Adhir Chaudhuri alleged, "Mr Kishor painted a dream to the TMC chief and her nephew of opening their party's branches in other states. But their party has suffered a jolt in Tripura and will get another blow in Goa. So Ms Banerjee is trying now to take control of her party."