The BJP had finished second in the state with 13 seats, with the Congress leading with 17 seats in the 40-member Assembly. 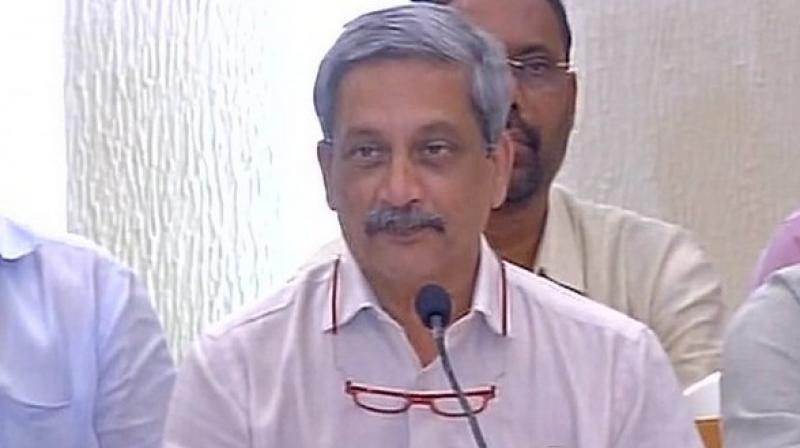 Parrikar has been asked to prove majority on the floor of the Goa legislative Assembly "within 15 days after administration of oath of office," said a letter issued by the Secretary of the Governor.

The letter also added Parrikar had submitted evidence before the Governor - the support of 13 MLAs of the Bharatiya Janata Party (BJP), three MLAs of Maharashtrawadi Gomantak Party, three MLAs of Goa Forward Party, and two independent MLA, thus having a total of 21 MLAs in a 40-member Assembly.

Earlier in the day, as the BJP staked claim to form a government in Goa with the support of the regional parties, Union Minister Nitin Gadkari said Parrikar would resign as the defence minister in order to take oath as the next chief minister.

"Manohar Parrikar will have to give resignation as Defence Minister before becoming Goa's Chief Minister, but he has not given it yet. We will later decide as to when the oath taking ceremony will take place upon meeting the Governor and after that he may resign," he said.

The BJP had finished second in the state with 13 seats, with the Congress leading with 17 seats in the 40-member Assembly.