If Deve Gowda had 28 sons, all would have contested LS polls: BJP leader

The senior BJP leader from Karnataka was indirectly accusing the JD(S) supremo of dynasty politics. 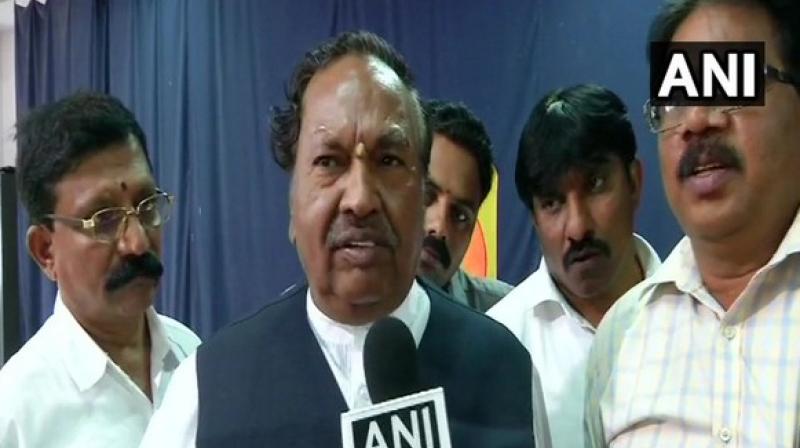 Shivamoga: Taking a jibe at JD (S) chief HD Deve Gowda, BJP leader K. S. Eshwarappa on Wednesday said if the former prime minister had 28 sons, he would have fielded all of them from different constituencies in the forthcoming general elections.

The senior BJP leader from Karnataka was indirectly accusing the JD(S) supremo of dynasty politics. While Deve Gowda himself is a sitting MP, his son HD Kumaraswamy is a Chief Minister and another son is a cabinet minister. His two grandsons have been given tickets to contest the Lok Sabha polls.

“If Deve Gowda had 28 sons then he would have fielded each of his sons from the 28 constituencies by making them candidate from there,” KS Eshwarappa told ANI.

He further took a dig at “grand-alliance” (Mahagathbandhan) of opposition parties and added, "The mahagathbandhan is nowhere it all has broken up. Mayawati is out, Akhilesh Yadav is out, AAP is out. Let’s see who else joins the Mahagathbandhan till elections. The strength of BJP is increasing day-by-day”, he added.