Culture Minister Mahesh Sharma had said that Sita's birthplace is a matter of faith since it has not been verified by the ASI. 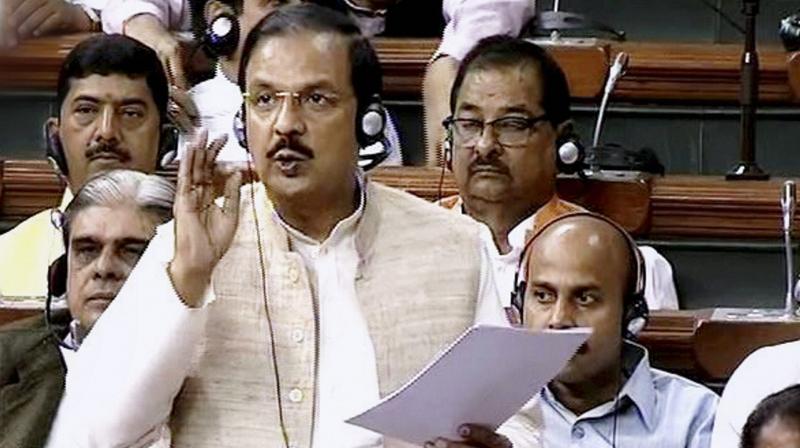 New Delhi: Union Culture Minister and Senior Bharatiya Janata Party (BJP) leader Mahesh Sharma, on Wednesday, said the birth place of Hindu goddess Sita is a matter of faith and there is not historical evidence that proves that she was born in Bihar's Sitamarhi.

According to a Hindustan Times report, in a written reply to a question in the Rajya Sabha, on whether the Centre has any proof of Sita's birthplace, Sharma said, "Sita’s birthplace is a matter of faith. There is no direct evidence of its existence. The Archaeological Survey of India has not undertaken any excavation in Sitamarhi district of Bihar and hence it does not have any historical evidence that Sitamarhi is Sita’s birthplace."

Members of the Opposition seized the opportunity to slam the BJP-led government, saying that going by the same logic Sita's husband, Lord Ram, is also a matter of faith.

Congress leader Digvijaya Singh said the minister, in his reply, meant to say that there was no proof about Sita's birth place even though he had reached the present position by using the name of Ram temple and Ram Setu.

Singh said he condemned the statement and asked the minister to apologise.

Sharma, however, defended his written reply, claiming there was no question mark over the birth place of Sita and he had specifically said in his response that the Valmiki Ramayana mentions it.

The issue came up through a question asked by BJP member Prabhat Jha who wanted to know the details about the development of the Sitamarhi region in Bihar which he said was not a "disputed" birth place.

In his reply, Sharma said a 'Ramayana circuit' planned by the government included the Sitamarhi area.

In his written reply, the minister said "however, Sita has been mentioned as having been born in Mithila region in Valmiki Ramayana which is presently dated 2nd Century BC."

Digvijay Singh then said, "I want to ask you that you have no proof?... Does the government have proof of their 'swayamvar' (Rama and Sita's marriage)?"

This led to an uproar in the House. Other opposition members, including Jaya Bachchan of SP, Anil Kumar Sahani of JD(U) and Ambika Soni of the Congress also raised objections to the minister's reply.

However, Sharma maintained that there was no question over Sita's birth place and that his reply had pointed to the Valmiki Ramayana.

Amid the furore, CPI(M) MP Sitaram Yechury, in a lighter vein, drew the attention of the members to his name, prompting Deputy Chairman M Hamid Ansari to say "You can be proud of your name."

BJP member Subramanian Swamy, meanwhile, said the government should get in touch with Sri Lanka with regard to certain findings on 'Ashoka Vatika' and 'Sanjeevani' mountain which find mention in the epic Ramayana.