The young woman was seen covering her face while being led away by policewomen. 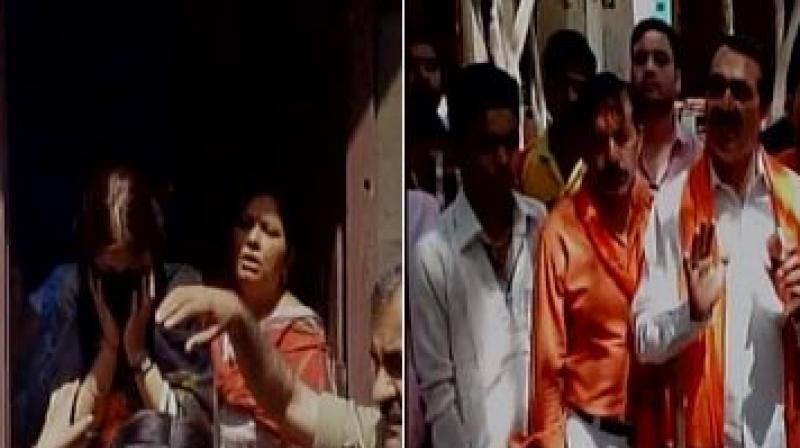 Lucknow: The Hindu Yuva Vahini continues to play the role of moral police and the latest instance of high-handedness of the organisation comes from Meerut district.

According to reports, Hindu Yuva Vahini activists harassed, interrogated and humiliated a young couple that had an inter-faith marriage. In a video that has gone viral on the social media, the activists are seen asking the couple, “Baap ka naam kya hai? Bhai ka naam kya hai?”

When the young man answered these questions, the activists demand to know, “Why is your name different from your family’s name? Have you converted?”

The couple was reportedly then taken to the police station. The young woman was seen covering her face while being led away by policewomen.

“We opened a lock and saw the two in a compromising state. These rooms are rented out for suspicious activities. Those who rent the rooms and those who own them should be verified by the police” said Nagendra Pratap Singh, who led the Hindu Yuva Vahini group.

Yogi Adityanath, who set up the Hindu Yuva Vahini in 2001, describes it as a “cultural organisation with no political agenda”.