Prasad also hoped that the central government would initiate action against properties amassed by Ms Bharti and her family in the national capital. 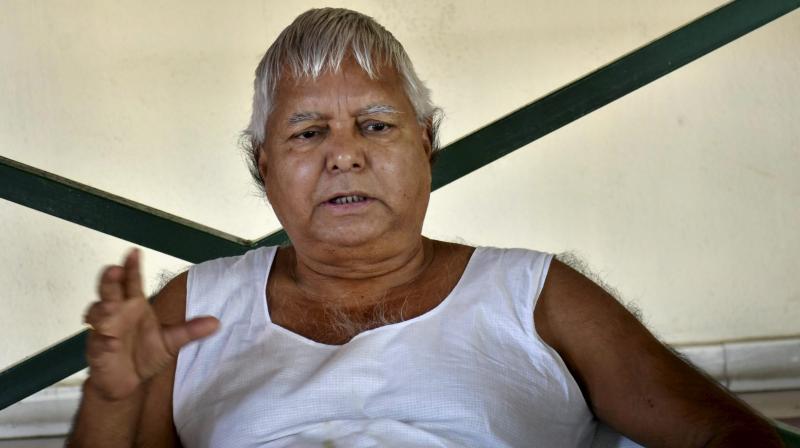 New Delhi: Amid speculations that the Bihar chief minister and JDU chief Nitish Kumar is getting closer to the BJP, the latter on Friday launched a scathing attack on JD(U) ally RJD and its supremo Lalu Prasad while going completely soft on Mr Kumar.

Speculations have been rife in the BJP’s Bihar unit that Mr Kumar is miffed over corruption allegations involving Mr Prasad and his family, which is tarnishing the state government’s image, and could dump RJD and join hands with former ally BJP.

Trying to draw a parallel between Mr Robert Vadra and Mr Lalu Prasad Yadav, senior BJP leader and Union minister Ravishankar Prasad also took a dig at what he called the ruling “secular mahagathbandan” in Bihar. He said that even ruling coalition’s allies in Bihar were being trained about the “Vadra model of development.” The BJP had been attacking Mr Vadra over various land deals.

Though the BJP lashed out at the RJD supremo and his family members over allegations of amassing properties illegally and disproportionate assets, it only asked the Bihar CM when he would initiate actions against them under the Special Courts Act, which also has provisions for confiscation of assets amassed by public servants illegally. Mr Prasad’s two sons are part of the ruling government with one being the deputy chief minister.

Mr Prasad said the “Vadra model of development” has been “perfected” by Mr Lalu Prasad and his daughter, who he said also did not make proper declaration while filing the Rajya Sabha nomination. He asked the Election Commission to issue a notice to Ms Bharti in this regard saying that there are serious implications if one fails to provide facts.

Mr Prasad also hoped that the central government would initiate action against properties amassed by Ms Bharti and her family in the national capital. Taking a dig at the “exotic names” used by the shell companies of which the RJD supremo and his family members are purportedly members, Mr Prasad recalled such “exotic names” were also used in the Bofors scam by the fly-by-night companies.