Siddiqui told reporters on Friday that since he knew how the BSP president functioned, he was apprehensive about his and his family’s safety. 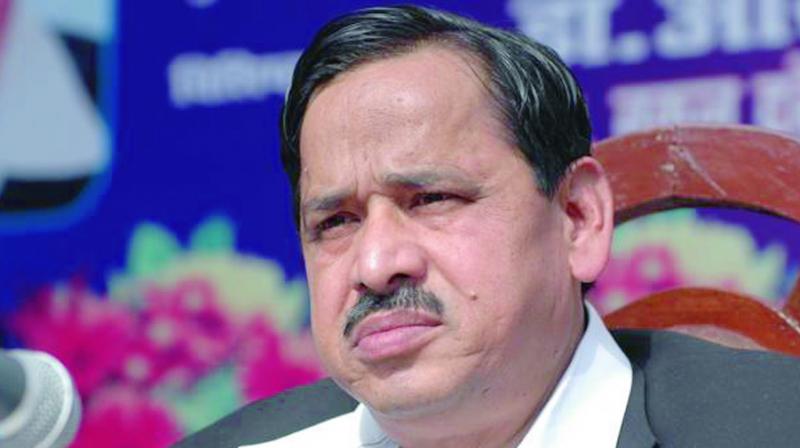 Lucknow: Expelled BSP leader Naseemuddin Siddiqui, on Friday asked chief minister Yogi Adityanath to restore his security since he feared a threat to his life from BSP president Mayawati. Mr Siddiqui told reporters on Friday that since he knew how the BSP president functioned, he was apprehensive about his and his family’s safety.

Mr Siddiqui also refuted the charge that he had swindled the membership money of the party and played an audio recording of his conversation with BSP office secretary Mr Mittal in which the latter can be heard as saying that there are no dues pending against him.

He alleged that the BSP president was planning to forcibly make him sign blank papers and take away all his property and he had taped his conversations with her as a precautionary measure. The expelled leader said that he was now focusing his attention on the charges that Ms Mayawati was levelling against him.

“Later I will call all my supporters, friends and colleagues who are planning to quit the BSP and then decide the future course”, he said.

Replying to a question, he said that if any of the audio tapes he had played on Thursday were found to be tampered, he was willing o face action. He hit back at party supremo Mayawati, saying she was the all time greatest blackmailer the country had ever witnessed. “She said that I blackmailed her, but there is no greater blackmailer than her,” Mr Siddiqui said in a press briefing here. He flatly rejected the allegation made by Ms Mayawati, saying that the latter just got furious when he applied the trick of phone tapping on her, which was taught by Ms Mayawati herself.

“I want to ask Mayawati that who was being blackmailed in the audio clip that was released by me yesterday,” he said. He also accused Ms Mayawati for torturing a number of senior BSP leaders and forcing them to leave the party. “A number of BSP leaders have been tortured. A few were humiliated and sacked form the party. Those who didn’t leave were tortured to the extent that they were forced to leave the party,” he said. Referring to the charges framed against him, Mr Siddiqui said that the BSP chief had a habit of framing new stories for saving herself.