Punjab CM urged for a feasible solution for sharing of river waters based on internationally accepted riparian principles. 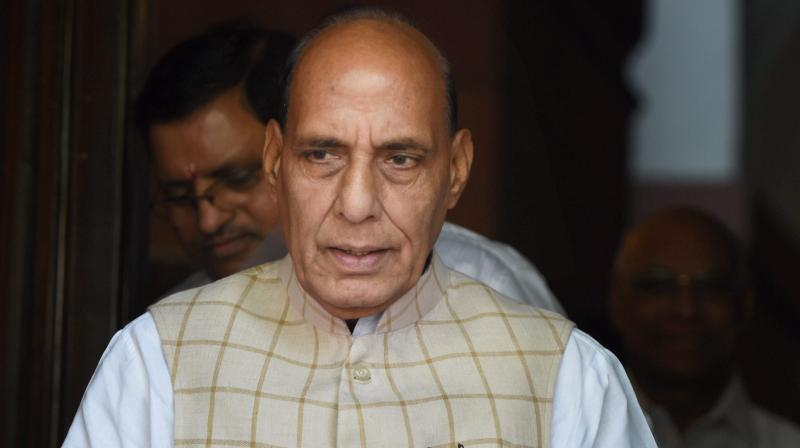 Chandigarh: Punjab and Haryana on Friday agreed to find through talks a collective solution to the contentious Sutlej-Yamuna Link (SYL) canal issue.

Responding to home minister Rajnath Singh’s call for discussions to resolve the decades-old SYL dispute, the two states agreed to try and find a collective solution, a release issued by the Punjab government said. Mr Rajnath’s plea came after Punjab chief minister Amarinder Singh, hosting the 28th meeting of the Northern Zonal Council (NZC) here, pushed for consensual resolution of the dispute by calling for coordination of the states and the government.

The Punjab CM urged for a feasible solution for sharing of river waters based on internationally accepted riparian principles. Agreeing to Amarinder Singh’s suggestion of talks, the home minister said efforts should first be made to find a solution through marathon meetings, failing which the matter should be left to the courts to decide, the release said.

He suggested the chief ministers and chief secretaries of the two states should sit and discuss the issue threadbare in order to arrive at a mutually acceptable solution.

Amarinder Singh suggested that the Union water resource winistry should convene a meeting at the earliest. The Punjab CM said about 10 lakh acres of southern
Punjab was likely to go dry after the construction of the SYL and the region, which had seen the emergence of Naxalism, could become the hotbed of terrorism.

Though Haryana had less land, it had been given more water at the time of Punjab’s reorganisation, said Amarinder, noting that Punjab did not get any share of the Yamuna water.