CM said the Centre should order security forces to maintain strict vigil on the border to check cross- border smuggling of drugs. 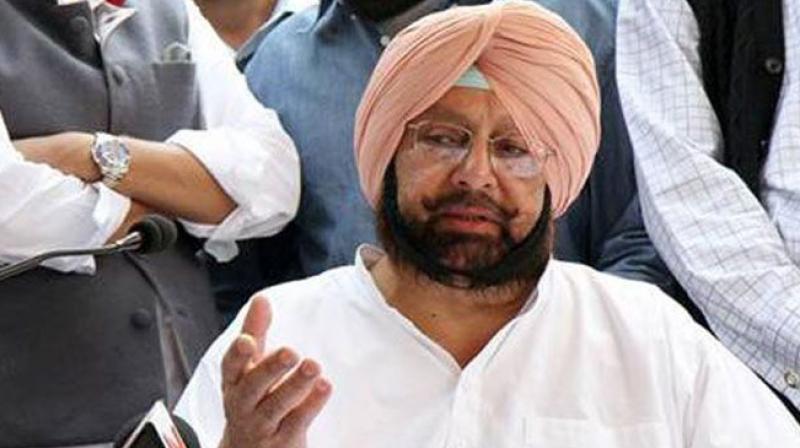 Chandigarh: Punjab chief minister Amarinder Singh on Friday sought help and cooperation from the Centre and neighbouring states in putting an end to smuggling of drugs into the state from across the border.

Addressing the 28th meeting of the Northern Zonal Council (NZC) here, presided over by home minister Rajnath Singh, Mr Singh referred to the rampant drug menace in Punjab and said the problem needs to be combated in a systematic and organised manner

The chief minister said the Centre should order security forces to maintain strict vigil on the border to check cross- border smuggling of drugs.

He stressed on the importance of inter-state coordination and urged the neighbouring states of Rajasthan, Haryana, Himachal Pradesh and Jammu and Kashmir to make focused efforts for the destruction of illegal poppy and cannabis cultivations. The Punjab CM, according to a state government release here, also called for effective plugging of pilferage of narcotic substances from areas where they are being cultivated legally for pharmaceutical and related purposes.

Sharing of information and initiating criminal action against the smugglers involved in the trade should be encouraged, he said. He also called for shifting of poppy husk vends located in Rajasthan along the border villages of Punjab.

Saying that Punjab was a border state, the CM demanded the central concessions as compensations for the financial and economic loss already suffered by it.