Trouble for Gandhis as Delhi HC clears probe by I-T

he BJP welcomed the court order, saying the case had serious ethical and moral dimensions. 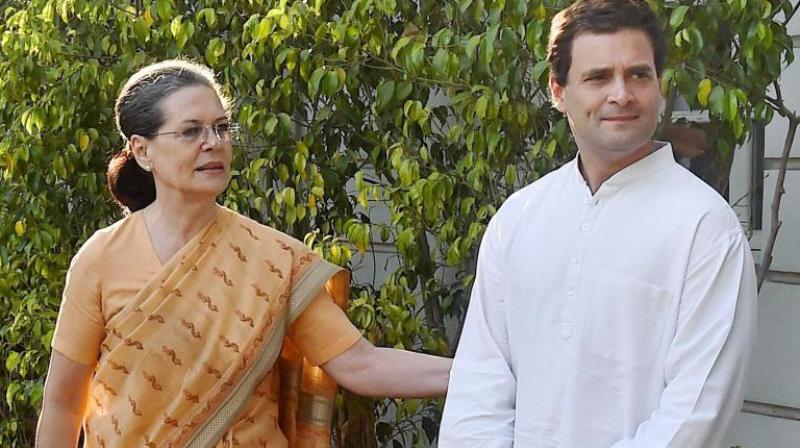 New Delhi: In a major setback to the top Congress leadership, party chief Sonia Gandhi and vice-chief Rahul Gandhi, the Delhi high court Friday dismissed their petition to halt the income-tax investigation in the National Herald case. “We are not inclined to entertain your writ petition. It is better you withdraw it and approach the income-tax assessing officer,” a bench of Justices S. Muralidhar and Chander Shekhar said. The bench noted the company had not moved the assessing-officer over its grievances, and suggested that it approach the I-T department and submit its documents. If it is still not satisfied, it could then go to court, the bench added.

The counsel for the income-tax department had opposed the petition saying the firm had not moved the assessing officer and therefore its plea was not maintainable.

The BJP welcomed the court order, saying the case had serious ethical and moral dimensions. The BJP also had a word of advice for the Gandhis, urging them to cooperate in the investigation as it would be beneficial to them. Senior BJP leader and Union law minister Ravi Shankar Prasad said: “Their (Gandhis’) lawyer says they will move the Supreme Court. They can do as they wish, but they must remember this involves a serious ethical and moral issue. There is an important question of propriety. Democracy runs on public morality.”

Congress spokesman Abhishek “Manu” Singhvi, who is also the senior advocate appearing for the Gandhis in the Delhi high court, accused the BJP and the government of spreading disinformation about the Delhi high court proceedings. Mr Singhvi said the court had stated that all the points of law that had been raised in the petition can be raised in front of the assessing officer of the income-tax department. “In view of this... we withdrew our petition,” Mr Singhvi said, adding that the Congress was proud of its association with National Herald newspaper.

The National Herald case has haunted the leadership of the Congress since June 2014 when the metropolitan magistrate had asked Congress president Sonia Gandhi and vice-president Rahul Gandhi and others to appear before her. This was on a private complaint filed by senior BJP leader Subramanian Swamy. He had alleged that fraud and land-grabbing had been committed by these leaders. The allegation relates to the acquiring of a public limited company, Associated Journals Ltd (AJL), through a privately-owned company Young Indian.