UP Congress leaders wary of Gandhis

UP Congress leaders also feel that the delay in decision making is “suffocating” the party. 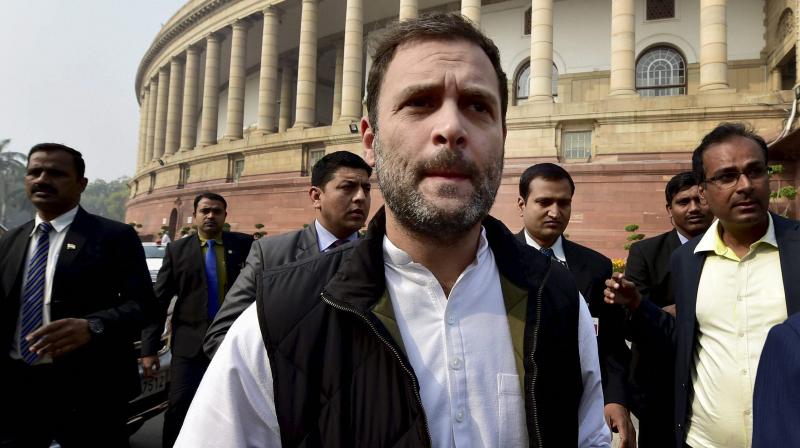 Lucknow: “If you tie one’s hands and feet and ask him to swim, he will definitely sink, this is exactly what is happening with the Congress in Uttar Pradesh,” is what a veteran party leader says. The lack of decision making, over dominance of the party’s central leadership and AICC general secretaries who have little knowledge of ground realities in the state being entrusted with responsibilities have made sure that the Congress does not stand on its feet.

“Why blame Raj Babbar or Nirmal Khatri who have headed the state unit? They are not allowed to take decisions but are expected to pay for the consequences. We know that Raj Babbar was against the alliance with SP with the Congress but the party went ahead with its decision. After the results, he was gracious enough to own responsibility but Ghulam Nabi Azad, who had pushed for the alliance, maintained a studied silence,” said a senior party leader who demanded that those who favored the alliance must be punished.

The leader said that the central leadership was apparently impressed by SP’s “Kaam Bolta Hai” campaign and Prashant Kishore’s insistence which made them forge the alliance. UP Congress leaders also feel that the delay in decision making is “suffocating” the party. The seven member Congress legislature party is yet to decide upon its leader and the first session of the state assembly is scheduled to begin from Monday.

“The UPCC president should have convened a meeting of all seven MLAs and decided on the leader but this too will probably be decided by the CWC,” said a former MLA, rather sarcastically. As UPCC president Raj Babbar has been away from Lucknow for long periods, it earned him the sobriquet of being an “NRI president”. A section of Congress leaders are so disillusioned with the state of affairs that they have started searching for greener pastures. “I am preparing to contest the Lok Sabha election as an independent. I do not know which way the Congress will go and whether or not I will get to retain

my seat. The party is in a disarray and at this time, it is the leadership which is to be blamed. As of today, there are two power centres—Rahul and now Priyanka. Decisions are being taken by Priyanka and Rahul gets the flak. Congressmen, in this situation, remain on nowhere land,” said a former Congress MP. Mr Raj Babbar could not be contacted for his views.