Jha was detained by the police while he was proceeding to stage the planned hunger strike outside Mishra's residence. 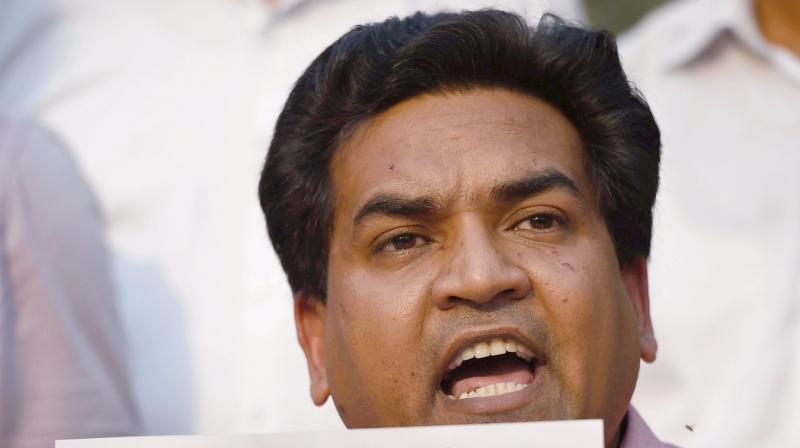 Jha was detained by the police while he was proceeding to stage the planned hunger strike outside Mishra's residence. He was taken to Sarai Rohilla police station.

Jha has demanded that Mishra come clean on the claim that he saw Health Minister Satyendar Jain pay Rs 2 crore to Kejriwal.

In an "open letter" to Kejriwal, Mishra, whose hunger strike entered the fourth day, again pressed for divulging the details of foreign tours undertaken by five leaders of the party.

"How much drama will you create to hide one truth? You are trying all tactics to divert attention.

"You (Kejriwal) made a strategy to use MLAs as a shield. However, only one MLA came forward to be that shield?" Mishra said, adding that his next "expose" would be tomorrow.

Earlier in the day, Jha who is an MLA from Burari, went to Rajghat, Mahatma Gandhi's memorial, to "seek blessings".

"On May 7, Kapil Mishra had said that Arvind Kejriwal had met Satyendar Jain where he paid him Rs 2 crore. My question to him is at what time did he meet the chief minister. Which car did he use? I have the entire day's video footage (of people entering Kejriwal).

"The whole world knows about Kejriwal's credentials and he (Mishra) should give evidence to back his claim. If it turns out to be true, even I will join him in his hunger strike against Kejriwal," Jha said.

Mishra hit back at Jha with another "open letter" and "advised" him to drink lots of water during the hunger strike.