'It seems that you have started strongly disliking 'light',' Lalu in a letter to Kumar. 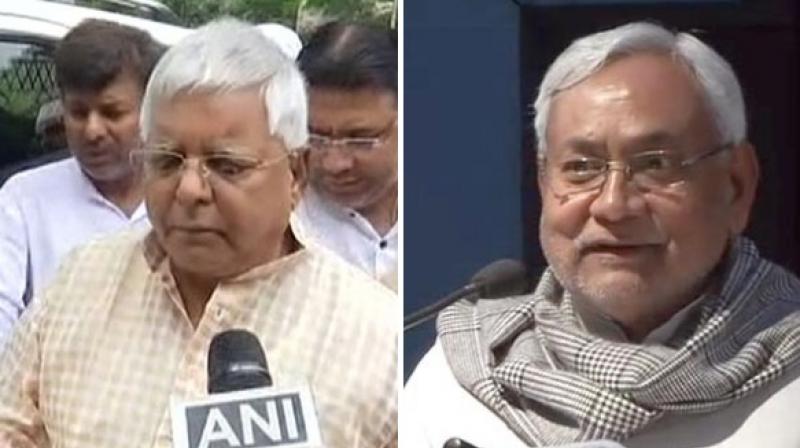 'With the help of 'lalten', we have removed the darkness of hatred, oppression and injustice from people's lives,' Lalu said. (Photo: ANI)

In a letter to Kumar ahead of the last phase of the Lok Sabha polls in Bihar on May 19, he said, "It seems that you have started strongly disliking 'light'. You do not know that 'lalten' is a symbol of light. It is a symbol of love and brotherhood. It is a tool to remove darkness from the lives of the poor."

Yadav said in the letter in Hindi, "With the help of 'lalten', we have removed the darkness of hatred, oppression and injustice from people's lives. But your arrow is a weapon of violence. It is a synonym and symbol of violence."

Attacking Kumar, the former Bihar Chief Minister said, "If someone is open-hearted and open-minded then 'lalten' can remove the darkness of unemployment, oppression, hatred, atrocities, injustice and inequality...But how would you know all these ideologies because you have an old habit to get scared and take a short cut whenever you find it suitable."

He wrote, "You have backstabbed 11 crore poor people with arrows. You may shoot or hide your arrow in the mud flower (BJP's poll symbol lotus), it is your wish. With missiles being there, the time of the arrow is over. Now the arrow is just a museum piece."

Yadav, in his autobiography "From Gopalganj to Raisina", has claimed that Kumar made several attempts to return to the grand alliance within six months of reuniting with the National Democratic Alliance (NDA) in 2017.

Bihar voted in the first six phases of the seven-phase general election. Counting of votes will be held on May 23.