He said that BJP is trying to build a perception that it will form govt in the wake of impending 2 by-poll elections. 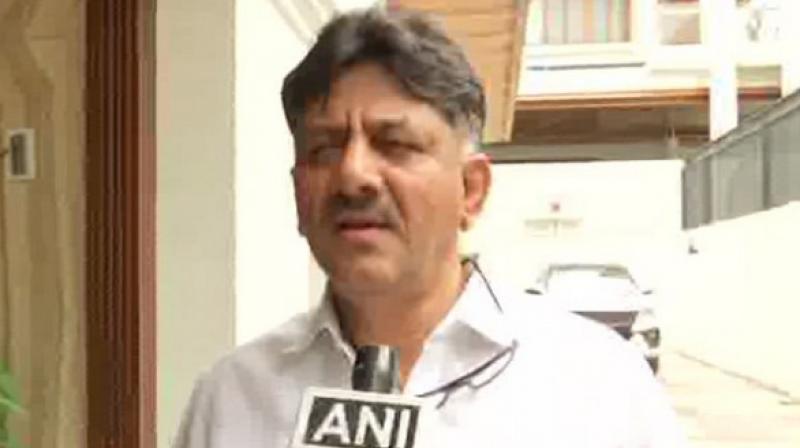 'They are not happy with the election results but the people of Karnataka are happy with our government,' said Shivakumar. (Photo: ANI)

Bengaluru: Congress leader and Minister DK Shivakumar on Sunday alleged that the BJP was trying to destabilise the Congress-JDS government in the state.

"The BJP has been trying to destabilise this government from day one. They are not happy with the election results but the people of Karnataka are happy with our government," said Shivakumar while speaking to ANI.

Replying to Karnataka unit BJP chief BS Yeddyurappa's claim that his party will form government in the state after the by-poll election in two constituencies, he said: "How can they change this government? There is anti-defection law and barring one Congress MLA, no other MLA is with them."

He further said that the BJP is trying to build a perception that it will form the government in the wake of the impending two by-poll elections.

"People need not worry as we will safeguard this government and stick to the commitment made by the Congress president to them," said Shivakumar.

Responding to differences emerging in the party and the government, Shivakumar conceded that some leaders wanted power, "but we cannot satisfy everybody."

Earlier on Friday, Yeddyurappa had said that over 20 Congress lawmakers in the state are unhappy with the state government.