Vishwanath's remarks contradict JD (S) President Deve Gowda's statement that both the parties are working without any misunderstandings. 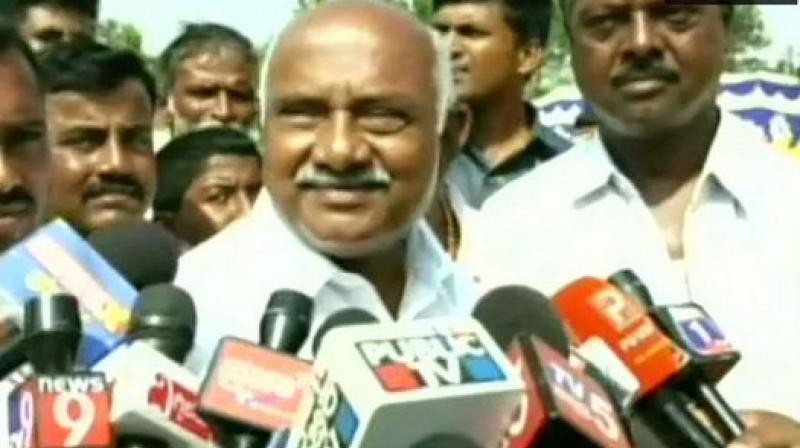 "Congress leaders must stop their mischievous attitude. They must stop trying to sabotage the coalition government. They can do all this politics in 2022, this is not the time. We had brought Siddaramaiah to Congress, we created a situation that made him the chief minister," Vishwanath said speaking to media persons here.

Meanwhile, BJP leader Shobha Karandlaje said: "Whatever Vishwanath has said is right. Siddaramaiah has failed as Chief Minister of Karnataka. He has not done anything. He came to power to divide society and religion in Karnataka. Now, Siddaramaiah is frustrated because people of Karnataka have rejected him."

Vishwanath's remarks come in contrast to JD (S) president and former Prime Minister HD Deve Gowda's statement. Gowda, affirming faith in the strength of the Congress-JD(S) alliance in the state, had said that both the parties are working without any misunderstandings.

"In this country, all regional parties do not have a good understanding with national parties, but we have a good relationship with Congress and are running the government without misunderstandings. We have to work together to reduce the power of BJP in Karnataka," Gowda had said.

He had also asserted that BJP is using social media to change people's opinion about Prime Minister Narendra Modi.

On May 9, BJP had alleged that Siddaramaiah is only concerned about the chief ministerial post and he has turned a deaf ear towards the woes of farmers.

All 28 Lok Sabha constituencies in Karnataka have voted. The Counting of votes will take place on May 23.