Both the leaders did not make any comments to the media after the meeting. 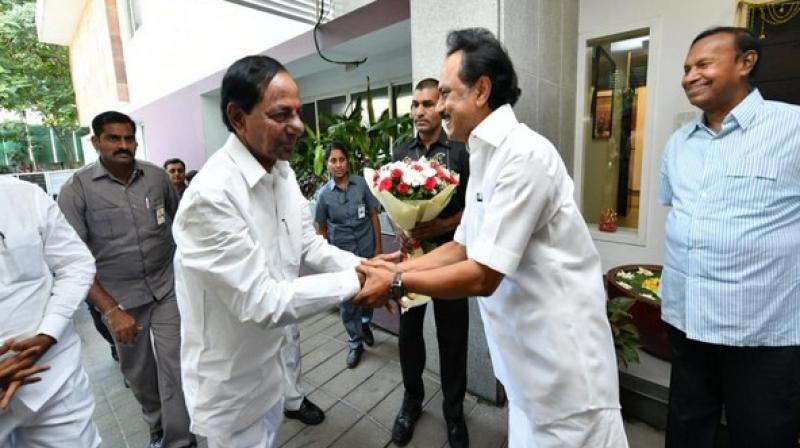 The two leaders reportedly held discussions on emerging political developments amid speculation over a hung Parliament and possibilities of forming a non-BJP, non-Congress federal front.

Both the leaders did not make any comments to the media after the meeting that comes after Rao's parleys with his Kerala counterpart Pinarayi Vijayan in Thiruvananthapuram last week and discussed the possibilities in the post-poll situation.

After their meeting, Vijayan had said that the meeting with Rao was "highly significant" as he asserted that regional parties will play a major role in the formation of the next government at the Centre.

"A new government will come at the Centre which will follow federal system and secularism. The state will effectively lend support to anyone who supports the development of the state. Our meeting on May 6 with KCR was highly significant," Vijayan had said.