PM claims to have used digicam, e-mail in 1980s; gets mocked on social media

Modi claimed to have clicked a photo of BJP leader L K Advani in the year 1987-88 using a digital camera and mailed it. 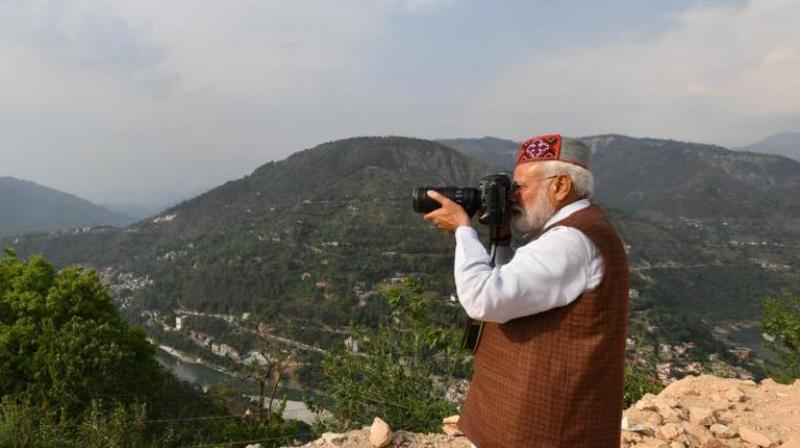 New Delhi: Prime Minister Narendra Modi, while speaking to TV channel News Nation, has claimed to have clicked a photo of senior BJP leader Lal Krishna Advani in the year 1987-88 using a digital camera which he owned. Modi also claimed to have sent that photo by e-mail.

The claims have given new ammunition to the Twitter users to mock Modi.

This comes after Modi faced flak, not just from the Opposition but from the social media users, on his revelation that he directed the Indian Air Force to go ahead with its non-military operation in Pakistan despite bad weather as he believed that Pakistan's radars might not be able to penetrate clouds.

Many Twitter users mocked Modi including Opposition leaders for his latest remarks.

Though the Educational Research Network (ERNET), which has made notable contribution to the networking, was launched in 1986, the first publicly available internet service in India was launched by state-owned Videsh Sanchar Nigam Limited (VSNL) on 14 August 1995.

Also, the first digital camera was built by Steven Sasson at Eastman Kodak in 1976. This was manly used for military and scientific purposes.

In the late 1980s, the technology to produce digital cameras did exist. The first digital camera to have been commercially sold was in 1987 but there is no documentary evidence to substantiate the sale.

The first portable digital camera that was marketed was sold in December 1989 in Japan. Though, Modi has claimed to own a digital camera, his claim is debatable but can’t be outrightly refuted.

Nevertheless, Modi’s critics wasted no time to mock him. Here are some of the tweets:

After #Modi ji reference to #CloudCovers these have comeup in the skies??

Now thankfully 10days to go when 'Every Cloud Has A Silver Lining!' #CloudyModi pic.twitter.com/RpvA2Gan8u

PM #Modi claims to have used a digital camera in 1998 when the first digicam was introduced in 1990.

Modiji is a compulsive liar, whose lies don't even have a remote semblance to facts! https://t.co/MfBaS5T0sJ

Mr #Modi is the 1st PM to have

1. used E-mail service 7 years before it was launched

2. used Digital camera 8 years before it was introduced

3. Did the Air strike himself despite heavy CLOUD

Narendra Modi emailing his first packet in 1988 via ARPANET on a cloudless day. pic.twitter.com/gUhEWHKsOn

In 1988, even in the developed west, email was available to a few academics and scientists but Modi somehow used it in 1988 in India before it was officially introduced to the rest of us in 1995. 😳 https://t.co/cq3nhRLEQJ

The question is even if he did have an email id in 1988 when the rest of the world didn’t, who was he sending emails to? ET? https://t.co/6akUH0nSa6

With one last phase left in the election, Modi's constituency Varanasi will vote on May 19.